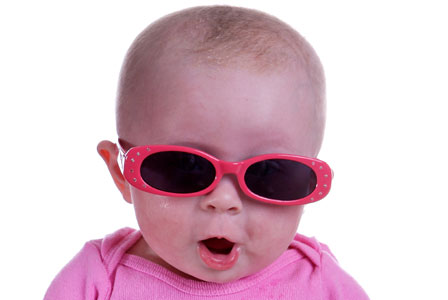 The hottest baby name trends of 2013 include cool hipster names, edgy or modern names, meaningful names as well as names influenced by the Royal Family.

The Social Security Administration listed the names that are climbing the baby names charts the fastest and they include Brantley, Iker and Maximilliano for boys and Briella, Angelique and Aria for girls. We can expect those names to be hot in 2013 — as well as the following cool names.

It seems like all of the hipster celebrities are naming their kids vintage names. One of the hottest girl names of the year is Pearl. Kings of Leon frontman Caleb Followill and Lil Aldridge named their daughter Dixie Pearl, while Marchesa designer Georgina Chapman named her daughter India Pearl.

Olive is another buzzworthy girl name of the year, with Drew Barrymore, Isla Fisher and country singer Jake Owen all choosing this cute name.

Here are more cool hipster girl names we predict will be hot in 2013:

For boys, we predict the hottest names of the year will be edgy and modern. For instance, the futuristic names Zaiden and Nico are climbing the charts. Gwen Stefani named her son the cool, edgy name Zuma, while January Jones and Robert Downey Jr. both named their sons the “X” names of Xander and Exton.

Check out more cool boy names of the year:

Baby names fit for a Queen or King

Kate Middleton’s pregnancy news means that not only are people throwing out royal baby names for the couple, but are also considering naming their own child a baby name fit for the future King or Queen.

Also check out baby names that Kate Middleton will love >>

Many modern parents are not only wanting baby names that are unique, but also ones with great meanings.

Some popular names with significant meanings include baby names that mean “miracle,“ “love” or “blessed” as well as names that signify power and strength.

Parents are thinking outside of the box and picking gender-bending names for their babies. This trend seems to be more popular with girls over boys, with celebrities jumpstarting this fad. Jessica Simpson named her daughter Maxwell, while Johnny Knoxville named his daughter Arlo. Other gender-bending names that will be popular in 2013 include:

5 hrs ago
by Sarah Cottrell