For first-time moms or women who have high-risk pregnancies, the idea of prenatal testing can be scary and overwhelming. Dr. Myra Wick of the Mayo Clinic shares some of the most important questions couples should ask. 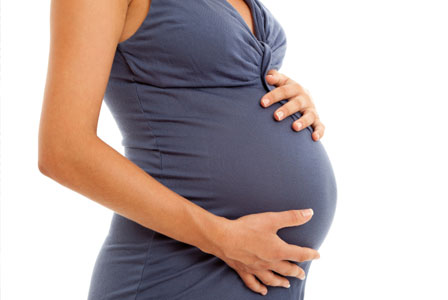 When I discovered I was expecting my son, I was 36 and had several previous back surgeries. I was more concerned about whether pregnancy was going to cause my spine to implode than I was that my baby might not be healthy.

The issue of prenatal screening seemed pointless. My husband and I were ecstatic to welcome our child and while we, like every expectant parent, prayed for a healthy baby, we knew if something was “wrong,” it wouldn’t matter. Our baby was our baby.

It’s interesting to note that the ultrasound screenings I underwent in the first trimester of my pregnancy showed nothing abnormal.

First-trimester screening, which includes an ultrasound to examine the nuchal translucency (size of the fluid collection at the back of the fetus’s neck) and the level of two markers in the mother’s blood, has a detection rate for Down syndrome of approximately 85 percent, with a 5 percent false positive rate.

In addition, according to Dr. Myra Wick of the Mayo Clinic in Rochester, Minnesota, who is board-certified in both OB-GYN and Medical Genetics, “Advanced level ultrasound in the second trimester will detect approximately 50 percent of cases of Down syndrome. Patients most commonly move forward for additional reassurance.”

It wasn’t until we received the results from blood screening that we became concerned.

According to the Mayo Clinic Guide to a Healthy Pregnancy, first trimester screening test results are “considered positive for Down syndrome if the risk is 1 in 230 or greater.”

I have to admit, I had a nagging sense early on that something was wrong, even before we received the results of the first screening test, which shared the likely chances that our baby would have a genetic disorder.

Hearing those numbers for the first time wasn’t as scary as they might be now, simply because I didn’t know what a high-risk ratio sounded like. Our genetic counselor told us our unborn child had a one in 13 chance of having something called Trisomy 18.

To me, a former journalist who avoids math like cats avoid water, well, heck, that wasn’t so bad, right? I mean, if the baby’s chances were one in 13, that meant there were 12 other shots that things would be just fine. Right?

I was uneducated on the risks of genetic conditions, and I realize now that ignorance wasn’t bliss but rather a much more moderated panic.

Our baby’s risk of having Down syndrome (Ds, Trisomy 21) was in the single digits (one in seven). Basic research told us that Trisomy 18 came with a high risk of intrauterine death, or death the within the first year of life. People with Trisomy 21 (Ds) had a life expectancy of 60 years.

I prayed for Down syndrome.