You discussed campus safety issues and concerns with your college student, but did you ever think to talk about healthy eating habits? Eating disorders are popping up on campus and losing some of their stigma. Your child has most likely witnessed disordered eating in her on-campus life, and it’s time to have an honest discussion about it. 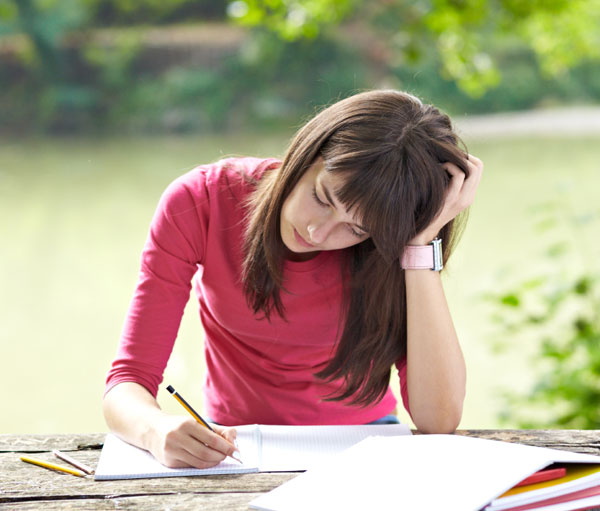 An alarming one in four college students are controlling their weight with unhealthy dieting methods that could lead to serious eating disorders. Your child sees disordered eating habits in her daily life on campus and is probably not sure how to react. Parents need to be prepared to have an open and honest discussion with their college students about what healthy eating looks like and the dangers of disordered eating.

What is disordered eating?

Teenagers are often seen as the worst eaters already — so what qualifies as disordered eating? Self-induced vomiting, regularly skipping meals and excessive exercise are some of the precursors to eating disorders like anorexia, bulimia, binge-eating disorder and other eating-related disorders. Teens often begin a strange food habit or start a new diet, and over time it morphs into a real problem.

Symptoms of someone who is struggling with disordered eating include rapid weight loss or fluctuation, skipping meals, excessive exercising, bingeing (overeating) and purging (self-induced vomiting or abuse of laxatives). Many who struggle with food issues also suffer from other issues such as depression, anxiety, low self-esteem and self-harming (such as cutting).

College students are at risk

Eating disorders typically hit during adolescence or the teen years, with a staggering 90 percent of sufferers being young women between the ages of 12 and 25. Many people who suffer from eating disorders have a distorted view of their body, picturing themselves as obese when they are in fact underweight. The added pressures of college can bring on eating-related disorders in someone who has never experienced problems before.

Holly Fitzhenry, MMFT, is a counselor at Mercy Ministries of America who works with young women to help them overcome eating disorders and/or other life-controlling issues. “In my work with college students I have seen some common threads which may connect those who struggle with disordered eating,” she shares. “I have noticed that oftentimes the young women I have the honor of working with have experienced feeling ‘out of control’ in their lives. As such, the young woman may gain a sense of power and control by controlling her food intake and/or her weight.” The pressures of difficult classes, learning to live away from home, finances and new romantic relationships can very quickly make the college student feel out of control.

How to help when girls feel fat >>

Katie McKinnis is a graduate of the program at Mercy, and she remembers what it was like for her in college as she dealt with her eating disorder. “I knew that the way I dealt with food was not the norm for what was around me. However, I also knew that there were many other girls that were in the same boat as me,” Katie recalls. “It wasn’t hard to tell. If you are in that world, you know all the tricks, secrets and lies, and you can spot the deception a mile away.” She remembers trying to make it seem like she didn’t have any food issues so that everyone would just leave her alone. “I learned how to modify my behavior early on and figured out what I needed to say or do to keep people from asking questions,” she says.

What can students do if they suspect a friend is suffering from disordered eating? “Peers may be a powerful force in encouraging their friends to get help or support,” says Fitzhenry. “Even so, typically some sort of outside intervention is necessary.” Since feeling accepted by our peers is important at any age, teens and young adults who feel they need help may be resistant to reach out due to fear of rejection. “Usually there is some level of secrecy or shame involved with the thoughts this person may be having as well as some of the disordered eating behaviors they may be participating in,” Fitzhenry adds.

Disordered eating can be a life-threatening issue if it goes on for an extended period of time without intervention. Talk to your teens about what behaviors they are observing in their peers and how they can help.