You know you wouldn’t hand your preschooler a mug of coffee, but is it OK to let your teen chug down caffeine-filled energy drinks? 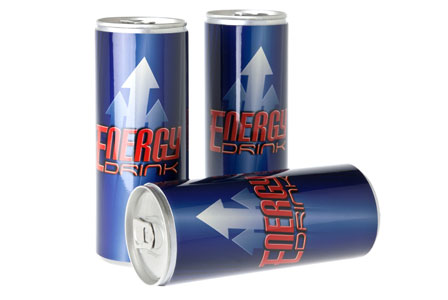 In a recent lawsuit, parents of a deceased teen are blaming Monster Energy Drink for the death of their daughter, but you may not need to ban your brood from guzzling these energy-boosting beverages just yet. From details of this latest lawsuit involving a teen to the effects of caffeine on kids, get the scoop on whether or not you should forbid your youngsters from sipping these pick-me-ups to avoid death by energy drink.

This jitter-inducing ingredient can be found in tons of fare from sodas to chocolate bars, but one family found that caffeine and kids can be a deadly combination. In October 2012, Wendy Crossland and Richard Fournier of Maryland filed a complaint suing Monster Beverage Corp. for the wrongful death of their 14-year-old daughter, Anais Fournier. The teen, who went into cardiac arrest after consuming two 24-ounce Monster Energy Drinks, died of cardiac arrhythmia due to caffeine toxicity according to the Maryland medical examiner’s office. However, the autopsy report discovered that the girl suffered from a heart disorder — Ehlers-Danlos syndrome — which can make connective tissues weak. But, what about the average, healthy kid?

Discover cappuccinos for kids: the new trend for mini foodies? >>

Effects of caffeine on kids

Just like Mom and Dad, Junior can become jumpy after eating or drinking caffeine-infused fare. Categorized as a drug, the stimulant can be found naturally in the leaves and seeds of many plants or produced artificially and rouses the central nervous system. Lower levels of caffeine can make kids feel alert and energetic, but too much can cause nervousness, tummy trouble, headaches, difficulty concentrating and sleeping as well as increased heart rate and blood pressure. And, don’t forget that caffeine can be dehydrating and addictive! A 24-ounce can of Monster Energy Drink packs in 240 milligrams of caffeine compared to the average 34 milligrams you’ll find in a can of soda, so you shouldn’t be surprised to find your kiddo zooming around the room after popping open a can of this pick-me-up.

How much caffeine is OK for kids?

Although the United States hasn’t published guidelines for how much caffeine is safe for kids to consume, Canadian guidelines recommend that adolescents between ages 13 and 18 put a cap on caffeine based on body weight: No more than 2.5 milligrams per 2.2 pounds your child weighs. “In general however, I do not recommend that kids consume caffeine because it can have both acute and chronic effects on cognition and mood,” advises Dr. Margaret McMahon, pediatrician at Loyola University Health System. “Side effects and the incidence of withdrawal symptoms increase with larger doses [of caffeine] consumed [by kids].”

Weigh in: Should kids be banned from buying energy drinks? >>

Despite the latest lawsuit involving a teen, you can rest safely knowing that an average, healthy teen won’t likely face death by energy drink when you monitor your teen’s consumption. But, doctors still recommend that kids — teens included — get the energy boost they need through exercise and rest instead of Monster Energy. “While occasional exposure to small amounts of caffeine is not dangerous, it is not beneficial to children,” explains Dr. McMahon. “Therefore, it is best avoided.” Whether or not you gulp down caffeine is up to you!

Are your child’s asthma meds making him short?
The truth about sandbox sand: Is yours safe?
Does my child need tonsil and adenoid surgery?

3 hrs ago
by Jennifer Mattern