Happy Wednesday Hump Day — also known to us as Celebrity Baby Bump Day! We have rounded up the cutest pregnant celebrities this Thanksgiving week. Pregnant Shakira was spotted wearing sky high heels while seeing the new James Bond Skyfall with her boyfriend Gerard Pique, while Claire Danes bundled her bump in Toronto. Pregnant Lisa Ling showed off her tiny baby bump, while Holly Madison and the newly pregnant JoAnna Garcia round out our list of cute pregnant celebrities of the week. 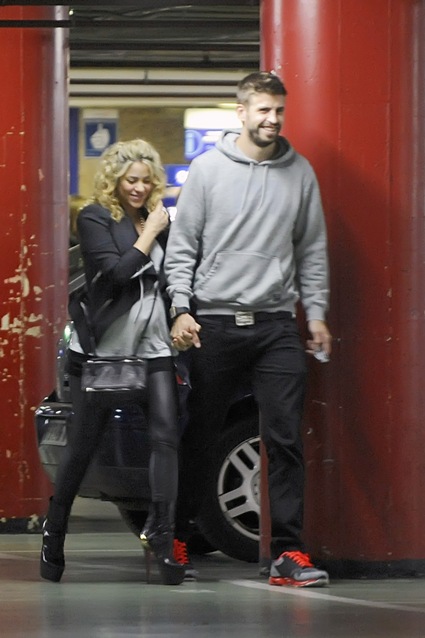 Pregnant in heels! Shakira wore black leggings, a black blazer and stiletto heels while out seeing the new James Bond movie Skyfall with her boyfriend Gerard Pique in Barcelona on November 14.

This is the first child for the Columbian singer and her soccer star boyfriend. It was recently reported that Shakira was going to name her baby boy Biel, however it sounds like she has not quite settled on a name.

“Concerning the name, we just haven’t been able to decide,” she told the radio station RAC1. “There are ridiculous names, like Ulisito, that came out of the press’ need to report nonsense. There was also Biel, which we like, but I don’t think it will be that one either, or Gerard. We’ll see.”

The 35-year-old singer said she is enjoying being pregnant. “I’m very excited,” she said. “I’ve experienced [the pregnancy] with the same ease with which I try to live everything. Although everyone tells me that will change when he’s born because my life will be different.”

Next up: Claire Danes bundles up her bump in Canada

10 hrs ago
by SheKnows Editorial