An Oklahoma father was arrested when officials discovered his 18-month-old child locked in a dog cage. 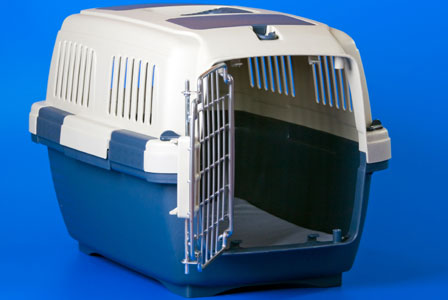 This is yet another horrific example of the child abuse epidemic in America — one that continues to get worse with each passing year.

This is something that we’re all unfortunately familiar with — a parent has been arrested for neglecting or abusing his children. The names and faces change, but the stories remain the same, and it indicates a growing problem in the United States. So many of us can’t even bear to turn on the news for fear of hearing another awful story about child abuse. What can we do to help?

A dad from Tulsa was roused from a stupor allegedly brought on by alcohol or narcotics and arrested when the police, summoned by a neighbor, discovered a naked 4-year-old crying outside and an 18-month-old girl, covered in feces, locked in a dog cage inside the home. A third child was discovered sleeping in another room, and all three are currently in protective custody.

The children fortunately show no signs of physical illness or injury, but Dad is in jail on child neglect charges. Kudos go to the neighbor, who was alarmed when the child’s cries went unanswered and found her outside with no clothes on.

The statistics on child abuse in the U.S. are staggering. According to Childhelp, America has the worst record amongst industrialized nations when it comes to child abuse. It’s estimated that five American children die each day as a result of child abuse — a horrifying statistic.

What you can do to help

Childhelp has a number of resources for those who need help, from a 24/7 toll-free hotline [800-4-A-CHILD (800-422-4453)] to ways to handle a situation where you suspect child abuse or a child has told you that she has been abused.

There are also a number of things you can do to help spread awareness, raise funds and share stories of survival: www.childhelp.org/pages/take-action

With the proper tools and resources, hopefully the child abuse statistics in this country will take a turn for the better.