This year I had the opportunity to be a cast member in the Listen to your Mother Show and it changed me in a profound way. 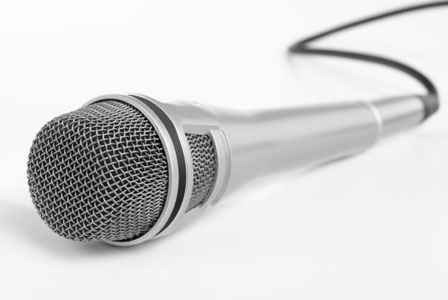 Next year, I will have the opportunity to share that with others and I’m over the moon about it.

Six months ago now, I stood backstage at the Fort Mason Center in San Francisco and waited for my turn to stand behind the podium and share my words with the Listen to your Mother (LTYM) audience.

I knew that sharing the story of my miscarriage would help me continue to heal from our loss.

What I didn’t realize until that night was that it would be the words of my cast mates that would stay with me and wrap themselves around me whenever I thought of the entire experience.

Words of motherhood. Of being one, having one and losing one.

The experience is one that I walked away completely unable to explain to others.

Leading up to that night, I couldn’t stop talking about how I felt about being a part of it all and I wrote about it both here and on my own blog.

This year, I celebrated Mother’s Day with LTYM >>

But, as I left the Fort Mason Center after the show that night, I just knew that finding words big enough… powerful enough… to share how I felt would be a challenge.

Days passed and I didn’t write about it. Then, days turned into weeks which turned into months. And I never wrote about it. My words simply failed me. Nothing I could write could ever explain it.

I knew that there was nothing I could say that could make others know what it felt like to stand and feel pieces of yourself heal with each word both spoken and heard.

I couldn’t express how powerful and moving it was to sit in that theater and hear stories of joy and of sadness.

Every time I spoke about being a part of the LTYM Show, I felt such sadness over the fact that I couldn’t share it. Not really.

Read about motherhood and transformation: How becoming a mom changes you >>

But this May, I will finally have the opportunity to truly share the experience with others. My lovely friend Margaret Andrews and I will be co-producing the LTYM Show in Sacramento.

I am so incredibly grateful to Ann Imig, the national director and creator of LTYM, for trusting us with her baby.

What began in 2010 as a single city show in Madison, Wisconsin, LTYM resonated so powerfully with its audience that it has grown exponentially in the years since.

In 2013, LTYM will find its home in 24 cities across the United States.

If you’re lucky enough to have a production near you, whether as a cast mate or audience member, please don’t miss the show.

I promise, you will leave feeling as I did, incapable of finding the words to describe just how amazing the experience is.