Unless you spent the past few years living in seclusion, chances are you know a little something about the Twilight series of books and movies. 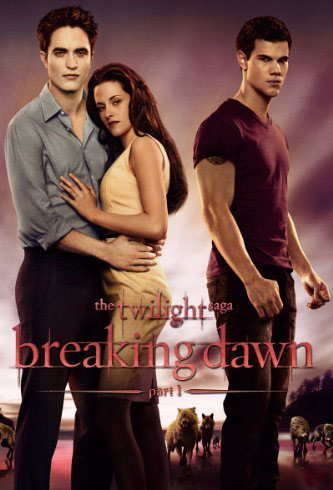 The tumultuous romantic tale of Bella (the mere mortal) and Edward (the vampire) has woven itself into popular culture. Sure, we totally understand the allure of romantic angst and lust — but what about the awesome parenting tips?

As parents, we have to find inspiration where we can. While many of us soak up parenting tips from the pediatrician or our own mothers, there are times when we stumble on a bit of advice or a handy tip in a very unlikely place. We unearthed a few parenting tips from the Twilight series that stand the test of time — and species.

Take care of yourself during pregnancy

Bella’s pregnant belly seemed to grow before her eyes — and not just because she had her hand in the Doritos bag. Apparently other-worldly babies aren’t on the usual nine-month timetable. As the baby rapidly grew inside her, Bella began to look emaciated and tired. It was as if the baby was trying to take her life from inside the womb. Turns out, it was — but the message to take good care of yourself during pregnancy rang loud and clear. Pregnancy can rob mothers-to-be of nutrients and calories, so it is imperative that you take excellent care of yourself during this critical time.

Believe in your instincts

Have you ever had a feeling deep in your gut about something happening with your baby? A mother’s intuition is hard to explain, yet powerful. In the movie Twilight: Breaking Dawn – Part 1, Bella’s feelings that her unborn daughter was perfectly fine — and not some alien creature — were so strong that she was willing to die for her rather than face termination of the pregnancy. She trusted her gut and stayed strong against the odds and her daughter actually turned out healthy — well, except for that whole daughter-of-a-vampire thing. Motherly instincts win over the strangest of obstacles.

Parents of teens know how difficult it is to keep tabs on who your teenager is hanging out with. While your teens may balk at the “old-fashioned” way that you expect to meet their friends, it is important to know who your child’s friends are. The Cullen clan in Twilight was a closely-knit group, and came to see Bella as part of their family because she spent so much time in their home. Bella’s dad Charlie made it a point to know who his daughter was spending time with, even encouraging her to expand her social circle and not be so exclusive with Edward. With teens sporting everything from Goth clothing to tattoos, you really need to get to know these kids and not judge them by their outward appearance. Even if they have fangs or wolf-like facial hair.

Help them learn to deal

One of the hardest things for a parent to experience is when their child suffers a disappointment — he doesn’t make the football team, she fails her driving test or breaks up with her boyfriend. When Edward breaks it off with Bella and disappears, she loses herself and becomes despondent for months. While it may be hard for her single-parent father to know how to handle a love-struck teenage girl, he isn’t doing her any favors by letting her wallow in sadness for an extended period of time. Raising resilient, confident children who know how to handle their emotions starts early. Helping your child learn to deal with disappointment and difficult situations helps them grow into capable adults.

Sure, they don’t grow at lightning speed like Edward and Bella’s daughter Renesmee. In only a matter of weeks, she is walking and able to hunt, and seems destined to be the size of a 12-year-old before her first birthday. While the years we spend with our small children may seem to go slowly, once they have passed, it seems like a blink in time. Enjoy them while you can.

Take some tips from a few unlikely sources and incorporate them into your parenting box of tricks. Who knew watching Twilight just might come in handy?