Since the last week in October, Mid-Atlantic and Northeast fellow residents have had little to celebrate. First came Hurricane Sandy, and with it came the loss of entire towns by fire and flood. In New Jersey, the coastline — or “the shore” in Jersey vernacular — known for its beaches, boardwalks and amusement piers, were decimated. 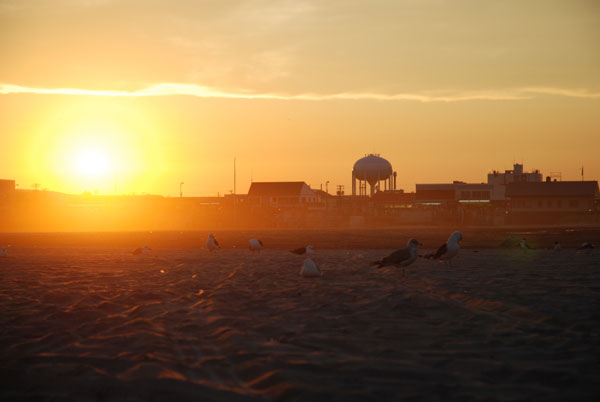 Power outages became the norm; so did the hum of generator motors. School districts closed. Roads were impassable as uprooted trees blocked entire paths, and in their descent, the trees brought down live cable, telephone and power lines. The greatest toll of all, of course, was the loss of human life. Hurricane Sandy claimed more than 110 lives thus far, one being John “Jack” Miller, a one-time work colleague of my husband. As John and his family prepared to evacuate, he was killed by a falling tree. His wife and two young daughters — ages 5 and 3 — were already in the car and unhurt. John was only 39.

In the midst of massive clean-up, Mother Nature, in her infinite wisdom, sent a Nor’easter to the already Sandy-battered area. Twice in the span of two weeks, the region’s mental, physical and emotional mettle was challenged. Compared to those who lost loved ones and entire houses, my family emerged relatively unscathed. Still, I prayed for those in dire circumstances to find comfort, hope and light — literally and figuratively — from the darkness. Through the darkness, a 25-year-old man named Paul Morris unknowingly brought hope and light into our family. And, all it took was one phone call.

A beacon of light

Paul called our home, as he does on many nights, to inquire about my family — particularly Ethan, my son with autism spectrum disorder. What makes Paul’s phone call truly remarkable is that Paul has autism. When Paul was 5, his parents Robin and Danny were told that he would forever be nonverbal. They could also forget any prospect of Paul having empathy, friends or ever living independently.

Paul is the youngest and only “atypical” in a set of quadruplets; his three other womb-mates, sister Sabrina, and brothers Jesse and Tyler are typical. Though nonverbal until age 5, Paul’s parents treated each child the same, and Paul was held accountable to the same house rules. Inside the Morris household, tough love and tenacity was the law of the land. Outside the household, Robin and Danny were tenacious and aggressive in their approach to Paul’s condition.

For twenty years, they sought out every reasonable intervention, therapy and approach to facilitate Paul’s communication. “Sometimes, it’s the luck of the draw,” says Robin. “Hard work doesn’t necessarily mean a child with autism will improve. If your child doesn’t improve, that doesn’t mean you’re a bad parent; it just means that autism won that particular round of the lifelong fight.”

And yet, for someone like Paul who was never supposed to speak… or be empathic… or have friends… or live independently, there he was, on the other end of the phone line — calling from his own apartment — to ask about my family. Paul said he couldn’t get to work (at either of his two office jobs) because Hurricane Sandy stopped his preferred method of travel — public transportation. As for this non-verbal-until-age-5-child-with-autism, Paul is also now a public speaker and sought-after autism advocate. Paul recently spoke at Yale University at a program called “Coming Back for Science and Sandwiches.” To watch Paul — and his parents — is to understand what hope and light truly mean.

For families devastated by Hurricane Sandy, and families devastated by autism, my most sincere wish is that you may once again find comfort… hope… and light. Bram Stoker wrote, “There are darknesses in life and there are lights, and you are one of the lights, the light of all lights.” May the memories of the more than 110 lives lost, and the hope personified by Paul Morris, always illuminate our way, now and forever.

The passion of autism
Autism and average and schnooks, oh, my!
Autism: That’s what friends are for

Block Out UV Rays With These Kids SPF Rash Guards

Hurry: Amazon Has Nintendo Switch Games on Rare Sale (Up to 50% off!) That Are On Your Kid’s Wishlist

8 hrs ago
by Tonilyn Hornung