What were on the minds and Twitter feeds of some of our favorite celebrity moms? Victoria’s Secret stunner Lily Aldridge looked fab walking the runway in skimpy lingerie just five months after giving birth! Brooke Burke tweets about her recent cancer diagnosis, while single mom Emily Maynard clears up rumors about her love life. Pink and Hilary Duff round out our list of top celeb mom tweets of the week. 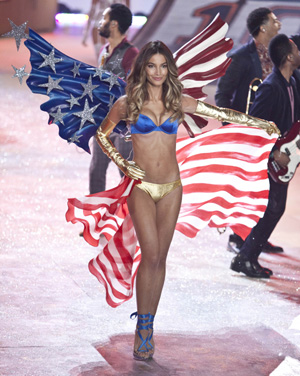 Lily Aldridge looked amaaah-zing walking down the runway at the Victoria’s Secret Fashion Show on November 7. The supermodel gave birth to her daughter Dixie (with Kings of Leon frontman Caleb Followill) less than five months ago!

I stalked her Twitter feed to find out her secret to losing the baby weight. “2 hour pilates session! Feeling amazing!” she tweeted… followed by a tweet about “delish” pizza the next day.

She also told Us Weekly about her diet. “I tried to eat really clean foods before the show, and I just had a baby, so I was eating overtime to keep with breastfeeding,”

“Come to mama,” she tweeted, with a photo of six hamburger sliders and French fries at Lavo.

Aldridge was also affected by Hurricane Sandy like many others who live on the East Coast. “Sitting w @ErinHeatherton at a hotel uptown!” she tweeted. “We both just had to leave our apts bc of Hurricane Sandy!!! #SendingPrayers to everyone!”

Shortly after splitting with her fiance Jef Holm, The Bachelorette star and single mom Emily Maynard was photographed dancing closely with NASCAR driver Jason White, fueling rumors that the couple is dating.

“HUGE #Bachelorette news! @EmilyMaynard has moved on!” tweeted The Stir.

“Absolutely NOT! He’s been one of my good friends forever!” Maynard wrote, later telling another Twitter follower she is “good being single for awhile.”

Now that she has that cleared up, Maynard can focus on her daughter Ricki. “Last minute coaching from the mom who has never played soccer in her life #soccermom” she wrote.

You can thank the singer Pink for the reason why I am writing this with a post-it note over the webcam on my computer.

“I’ve been told that hackers can tap into your laptop computers and watch through ur cameras, so always put a post it over your camera!” she tweeted. “Tune in tomorrow for more crazy! this world is nutso.”

“Prettiest girl in the universe…. #smitten” she later wrote, with a photo of her cute daughter Willow. 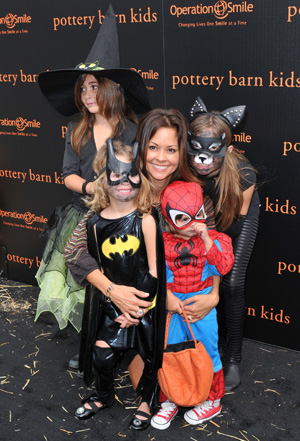 Brooke Burke revealed she has a cancerous nodule on her thyroid gland that will require surgery. She said that she will have a large scar across her neck, but that her doctor was optimistic about her diagnosis.

“I’m feeling the love today from friends, family, #DWTS, tweeties, fans. You warm my heart. I’m feeling good Thank you from down deep xoxo,” she tweeted. “I was scared to get on twitter and hear what people are saying…..now I can breathe easy. Thank you for the support.”

Her previous tweets gave no indication what Burke was going through.

“Driving 2 teens to school b4 my shoot. Great conversationalist. Here’s what it looks like,” wrote Brooke Burke, with a link to a photo of her two daughters looking at their iPhones.

“Long day tomorrow too. Having mommy guilt knowing that I’ll miss my littlest ones bedtime & morning routine tomorrow. Work/life balance…,” wrote the Dancing with the Stars host, who has four children (Heaven, Sierra, Neriah and Shaya.)

“Omg! My daughter just got a new phone & screwed up the set-up. All her texts r coming to my Phone! She’s freaking out! Priceless info lol!” tweeted Burke. “I’m cracking up, what a way to know her friends! Waaaay to much information.”

“Btw I officially have a crawling baby!! It’s cray cray!!! That maniac is allll over…grabby and demanding as hell annnnnnd WE LOVE him!!!” wrote Hilary Duff about baby Luca.

“Feel violated. Is there really a demand for pictures of my family grocery shopping inside the store?? Can understand if we went to mr.chows,” she later tweeted.

“What kind of award do I get for making such a CUTE child!!!!?????” she wrote, with a photo of her adorable blue-eyed, blond-hair baby.