You probably know Kendra Wilkinson Baskett best from her self-titled E! hit reality series Kendra, previously from E!’s The Girls Next Door and currently from her series on WE tv, Kendra on Top. In addition to all her celebrity talents, she’s also the wife of football player Hank Baskett and mother to a toddler son. And for the month of November, she’s a SheKnows Mommaloguer. 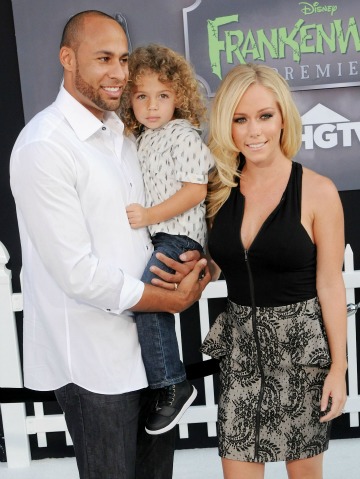 For the month of November, Kendra Wilkinson is SheKnows’ guest vlogger and she’ll be sharing her thoughts about life and motherhood along with our regular Mommaloguers. You’ll love learning more about the TV personality, author and glamour girl as she talks about balancing celebrity life with everyday parenting. Wilkinson will share her thoughts about health, fitness, family and much more.

Wilkinson, who gave birth to her son Hank IV in December 2009, follows other celebrity moms that have raised their voices on the Mommalogues including Alison Sweeney, Alanis Morissette, Candace Cameron Bure, Cindy Crawford and Mayim Bialik.

Wilkinson met Hugh Hefner while body painted for his 78th birthday party at the Playboy Mansion in 2004. She soon moved in and became one of his girlfriends.

Wilkinson was featured on the E! reality television series The Girls Next Door along with Hefner’s other then-girlfriends, Holly Madison and Bridget Marquardt. After meeting her future husband, she moved out of the Playboy Mansion in 2009 and went on to her own spin-off reality show for E! called Kendra.

In addition to the Mommalogues’ celebrity vloggers, the online conversation includes eight regular well-known and up-and-coming mom bloggers who discuss topics such as how real moms juggle careers, marriage, hobbies, family health and wellness and the chaos of modern parenthood.