If you have kids in school, you’ve probably heard of the Common Core State Standards, a newer move to standardize what kids learn across states. But what is it really? And why should you care if your school is following this? 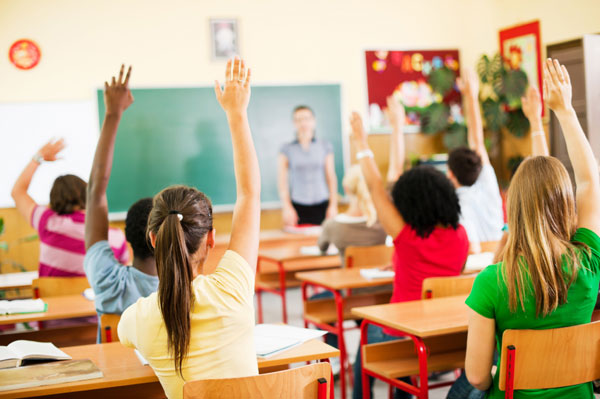 Have you heard of the Common Core State Standards? If your eyes glazed over at the mere thought of trying to figure out what this new phrase in child education means, you aren’t alone. But the good news is that they aren’t nearly as confusing as they sound.

The Common Core State Standards have been developed by parents, teachers and other educators to better prepare today’s students for college and career readiness.

So, what is this exactly? The Common Core is not a standardized curriculum. It’s not mandated. It’s not testing or rules or anything like that. Instead, what the Common Core does is create skill guidelines for curriculum so that students across the country generally gain the same skills in the same school year — meaning that a student from West Virginia who moves to Colorado theoretically will be able to fit right into her new school’s studies seamlessly.

To date, 45 states and three territories have adopted the Common Core State Standards. They are being implemented and worked into curriculums — perhaps even your child’s.

“As parents, I think it is important to know that while the Common Core Standards provide a universal language for the educational community, much teacher support and development is needed in order for the standards to be used at a level of maximum effectiveness,” says M. Shannon Hernandez, owner of The Writing Whisperer, a writing coach and curriculum consultant based out of Brooklyn, New York.

If this seems like a big goal — aligning curriculums with skills that kids need to learn at certain stages — it is. State curriculums have to be evaluated and tweaked so that they address these things, while still maintaining each state’s individual goals.

And teachers have to learn about this new way of educating. “Districts across the country are bringing in Common Core specialists to educate teachers on how to effectively implement the standards, as well as extending a helping hand in rewriting and aligning current curriculum so that it matches the new Common Core curriculum,” says Hernandez.

While we’ve been hearing about the Common Core for a few years now, it takes time to both implement and train educators to use. It’s a big learning experience for everyone — and will require patience as new skills become classroom standards. For instance, the Common Core places great emphasis on writing and literacy — more than subject matter teachers are accustomed to.

“The majority of content teachers have never been asked to teach reading and writing instruction, nor had the adequate training to do so, and consequently this aspect of the Common Core curriculum has placed additional demands and stress on science, social studies and math teachers,” says Hernandez, who helps districts bridge the gap in roles to enable “students to be successful in science classrooms across the country.”

Is it a good thing? Yes, say many educators. The Common Core is making child education really work in real-life scenarios — such as making math lessons obviously apply to practical uses. And that can’t be bad, can it?