Teenage years are filled with insecurity, doubt and overall awkwardness. And in recent years, these types of insecurities — combined with a variety of other factors — have led many teenagers to plastic surgery. 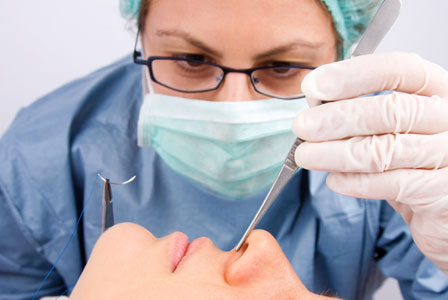 During the teenage years, not only are young bodies going through the natural physical changes — internally and externally — to prepare for impending adulthood, but socially, there are a whole host of other challenges.

The need to be, not only accepted by their peers, but looked up to by others can be emotionally consuming for many teens. However, over the past several years, the solution to this issue has gone from a trip to the mall to buy a new outfit or new makeup to going under the knife. We must ask ourselves: What has changed in our society to propel young people to these new heights of insecurities and competitiveness, where they feel plastic surgery is the only answer?

One issue is bullying. The rise in bullying has resulted in nearly one-third of all school-aged kids and teens being bullied — a number closely approaching 13 million, according to the CDC’s 2011 Youth Risk Behavior Surveillance System. Recently, the case of Nadia Ilse caught nationwide attention. The 14-year-old had been a victim of bullying. As a result, she was given $40,000 worth of cosmetic surgery procedures, free of charge, from the Little Baby Face Foundation. She had her ears pinned back, her nose reshaped and her chin was also restructured. Her ears were “fixed” because kids were calling her names like “Dumbo” and “Elephant.”

There are other reasons that plastic surgery is increasingly more and more accepted among all ages, including teenagers. “First, the surgery is safe; there are very few significant complications. Second, our society places a high premium on physical attractiveness and rewards those who are slender, youthful and handsome,” conclude study authors Mary H. McGrath, M.D., MPH, and Sanjay Mukerji, M.D., plastic and reconstructive surgeons at the George Washington University Medical Center in Washington, in a recent issue of the Journal of Pediatric and Adolescent Gynecology. “Third, we live in a culture that emphasizes competition and legitimizes self-improvement as a way to gain a competitive edge and lastly, plastic surgery lives up to its expectations.”

The pursuit of perfection

In Brazil, known as the new capital of plastic surgery, it is very common for minor nips and tucks to be acquired. But many who are acquiring these services are beauty pageant contestants. Miss Brazil, Juliana Borges, age 22 years and already considered “beautiful,” recently competed in the Miss Universe pageant. However, prior to the competition, she underwent plastic surgery four times as well as having 19 smaller cosmetic procedures.

The prevailing message here is clear: We have created a society where physical looks will not only shield you from harm, but also give you an advantage over the next person. So how can parents help their teens overcome the desire to rush to their local plastic surgeon? By instilling true value and self-esteem in their teens as soon as possible:

Encourage teens to blaze their own path and help them to truly understand the difference between “being famous” and “being a healthy-minded person.” They two do not often go together.

Consistently reinforce the positive traits — physical and mental — in your teen: Just as adults love praise and validation, teens need it even more so as they try to navigate the stressful waters of adolescence.

Teens who have some semblance of a spiritual foundation are less likely to give in to peer pressure and overall have a much better opinion of themselves.

Look out for others

Volunteerism in the community will give teens a foundation of purpose and will help to put things in proper perspective, especially as they help those less fortunate. They will realize that beauty comes in all forms and a knife or scalpel is not the answer to everything. 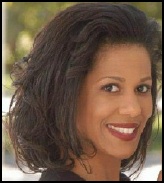 Traci S. Campbell has been an IT consultant for more than 15 years, working for high-profile corporate clients such as Sears, IBM and McDonald’s Corp. As an international social advocate and life coach, she focuses on helping clients overcome personal obstacles so they can achieve their goals. She is the creator of The C.H.A.M.P. Within program and founder of the national Beauty In/Beauty Out Tour. She provides services through her 501 (c) (3) organization, C.H.A.M.P. Community Project, which supports schools, rehab centers, shelters and other local and international programs for at-risk children and single-parent families.