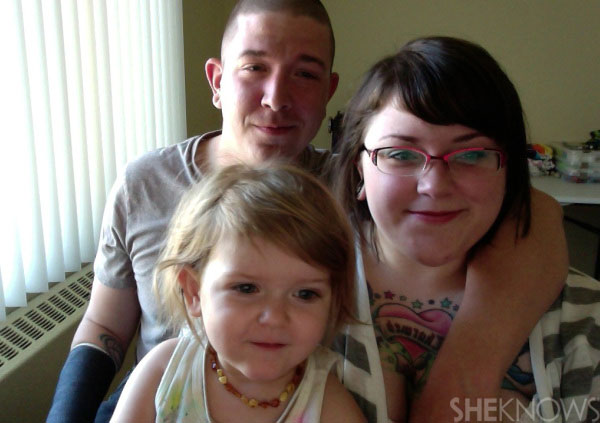 Erich is currently serving in the U.S. Army.

The hardest part for me was just not knowing what was happening when we couldn’t talk for days on end. It got to the point that if I didn’t hear from him in three days, I thought the worst.

For him, it was missing so much of Annaliese’s life. He missed her birth, her first and second birthday, he missed her first steps — he missed a lot. We kept in contact via Skype mostly. When he traveled he was given a phone card for the airports but there was always a time limit.

Homecoming was like he never left. I don’t think we have a typical relationship — a lot of other spouses had a hard time getting situated at first. I think the weird thing was that he had horrible manners like cursing a lot, but otherwise, it was just like before he left.

He has to put the army first. You can ask any commanding officer, they always say, the soldier didn’t marry a spouse, the spouse married the army. And that is so true.

The military allows you to travel and I am really thankful to have been given the chance to live in Alaska. It’s beautiful and without the army I probably would have never visited Alaska. I wonder where we’ll go next…