Melissa Joan Hart is known for her fun television and movie roles. From the quirky Clarissa in Clarissa Explains it All to the title character in her current series, Melissa & Joey. Now she’s taking on an important new role: Spokeswoman for Merck for Mothers ‘“Once Upon A Birth” campaign. 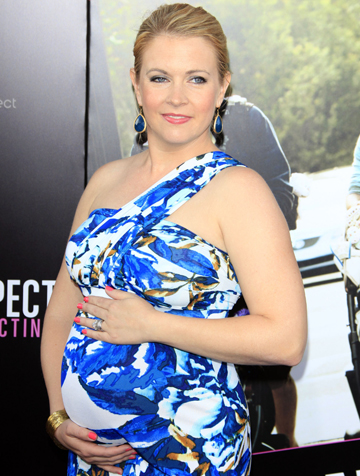 Melissa Joan Hart wants to see a big decrease in maternal mortality rates around the world. The mother of three says that this is very important to her, especially since she just gave birth to her third son. “Eight-hundred women die in the world every day from pregnancies and childbirth and 90 percent of them are preventable. This is something that doesn’t need to be happening,” says Hart.

She’s teamed up with the “Once Upon a Birth” campaign by Merck for Mothers to spread the world about this important cause.

Merck for Mothers has made a 10-year, $500 million commitment to help reduce the rate of maternal mortality. Among the biggest threats to motherhood are hemorrhaging and preeclampsia, which are both preventable with good care, says Hart.

Hart just gave birth to her third son, Tucker, in September. That made the campaign she’s working on really hit even closer to home.

She and husband Mark Wilkerson are also parents to Mason, 6, and Braydon, 4. Hart says that the hardest thing about going from two children to three has been the balancing. “He’s still sleeping a lot,” admits Hart, who makes it a priority to have fun with her older boys too. “Tucker gets dragged around from here to there.”

And her older boys? They are smitten with their younger brother. Mason in particular “just loves to do everything,” says Hart. 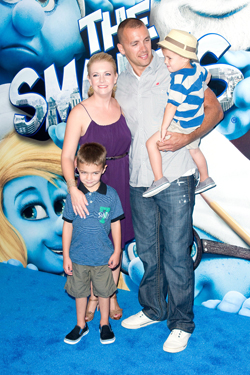 She credits a little high-tech organization with keeping her family and work life running smoothly. “My secret is the calendar on my iPhone and setting alarms on that to make sure that I don’t forget things like picking up a present for the birthday party or remembering snacks for the soccer game,” Hart says.

She also sets priorities for each day — sometimes time for each of the kids, sometimes work-related.

Hart will begin filming season three of her hit show Melissa & Joey soon — and when she does, the whole family is coming along. “We’re going to pick up the family and head back to California for a few months,” says Hart.

In the past, Hart has gone out on her own, leaving her kids behind with her husband. However, she says that was really hard on her — although they traveled back and forth often to see each other. Now, with a new baby, Hart felt like it would be better for the family to just stick together.

“I am kind of excited that they are coming with me this time,” says Hart, who is fortunate to have a husband in the music business who has the flexibility to travel with her for work. “Our careers allow us to be there for each other.”

Hart is the oldest of eight kids — mostly sisters (she has one brother) — and says that really prepared her for motherhood. “With my first born, I had a lot of people telling me I was treating him like my third because I wasn’t too worried or scared,” says Hart.

When Hart had her first son, her mom gave her what she says is the best advice she’s ever been given. “She just reassured me that you are a great mother, you have great instincts and you just have to go with what’s right for you,” says Hart.

Celebrity style secrets for moms
Which celeb mom are you most like?
5 Cutest celebrity families