Cameron Garriepy wanted to see her novel published. But with the odds against her and without a publisher, how could she make it happen? 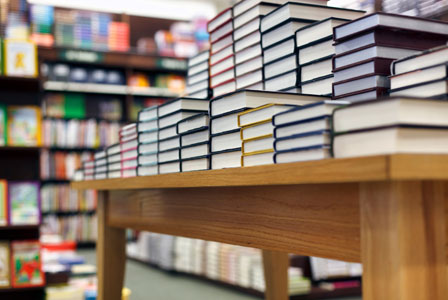 Garriepy turned to crowd-sourcing, launching an Indiegogo fundraiser to raise money to self-publish her novel, Buck’s Landing. Now, the book’s out and she’s ramped up for a great launch. 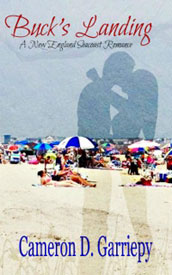 Many people dream of becoming authors. For Cameron Garriepy, a mother of one, that dream is becoming a reality. The Massachusetts mom’s new novel, Buck’s Landing, is now available on the Kindle and will be available in paperback soon.

The book is a romance set in Hampton Beach, New Hampshire. Sofia Buck returns home to temporarily run the family business after her father dies. Silas Wilde leaves behind Manhattan and an unhappy legal career to live more simply, running a shop in the beach town. They find each other — but can their love survive their different goals?

Garriepy’s love of romance novels goes back to when she would read whatever books her mom brought home from the library — along with her own selections. She adores the strong characters and intriguing plots of authors like Nora Roberts and Susan Wiggs.

She jokes that she wrote her first romance novel in the eighth grade — but really, it’s true. Using her school friends for inspiration, she crafted a story. That was followed by much writing in her teens and college years. But then she stopped. As a 20-something young professional, Garriepy moved away from her writing.

Then, about three years ago, she became immersed in the online writing world and discovered the Red Dress Club (now Write on Edge), a writing group online where writers discuss the craft. “It sort of became the time. I’ve always said I should try writing one of those [romance novels],” says Garriepy.

After many starts and stops, the story of Buck’s Landing just came to her. She was on vacation at Hampton Beach with her husband’s family — and that became the setting of her first published novel.

“The two main characters sort of walked off the boardwalk and sat down next to me,” says Garriepy. “I literally started the book while I was on vacation.”

Stealing moments off the beach and writing when she could, the story just poured out onto the page. 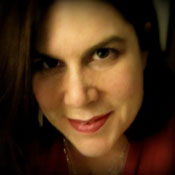 Garriepy took a nontraditional road to publishing. Through the crowd-sourcing site Indiegogo, she funded the costs of a professional editor, some printing and marketing costs. “The whole thing still when I stop and think about it just amazes me,” says Garriepy.

Her project was fully funded in about 26 hours, because some of her friends made it their mission to help make it happen and because Garriepy reached out to her network too. “I went out and begged for help. I reached out to the community of people I know through writing,” says Garriepy.

For Garriepy, with the book just releasing, the adventure is just beginning.

So, when does Garriepy find time to work on her fiction? She says that she writes in the evening and also in the afternoons while her son plays with Legos. She also takes notes on her iPhone while sitting in traffic — basically whenever she can fit it in.

“Someday I would like to have a door I can close. But kindergarten is coming and I will be sad [my son is] in school all day,” says Garriepy.

What is a dream?
Using your intuition to achieve your dreams
Becoming a business owner