The performers of the second annual “Genius of Autism” showcased the innate genius of singers, dancers, musicians, painters and animators — all with autism. 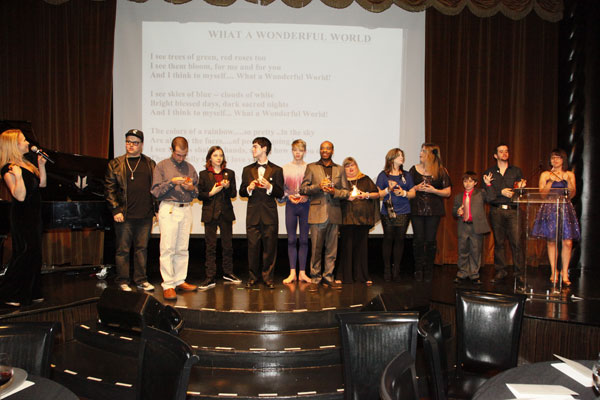 In the 1800s, Oliver Wendell Holmes, Jr. said, “The world is always ready to receive talent with open arms. Very often it does not know what to do with genius.” 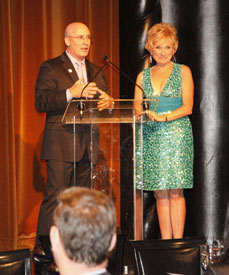 Fortunately, in 2011, visionary developmental pediatrician Cecelia (Cece) McCarton, M.D. knew exactly what to do with genius: She and her incredible staff conceived and created the “Genius of Autism,” a one-night, SRO professionally-produced event to honor and showcase the innate genius of hand-selected, international singers, dancers, musicians, painters and animators. These performers — ages 7 (my son) to 36 — just happen to have autism.

The Genius of Autism

The second annual “Genius of Autism” event was held at the Edison Ballroom, New York City, Monday, October 22, 2012. To witness the majestic, untainted and pure performances of this year’s 14 honorees is, in the words of Victor Hugo, “to see the face of God.” To be a mere “mortal” amongst such genius is to feel humbled and unworthy, knowing you will never be an equal in their Pantheon of Genius. To paraphrase a line from the 1980s movie Airplane: “Looks like I picked the wrong week to stop taking Prozac.” The evening was that emotional.

Talina Toscano wants to change the world one song at a time. And, she will. Talina soulfully sang Christina Aguilera’s “Beautiful” as an anthem to herself — and to her fellow honorees and the world at large:

Amanda Lamunyon diagnosed at age 8 with Asperger’s, is an award-winning autism activist. Just 17, Amanda is an accomplished singer, author, public speaker, painter and poet. One of Amanda’s poems entitled, “A Little Secret” is a look into the soul of someone who embraces and accepts her differences:

“Some say it is a disability.
But, I am a girl with dreams.
I will take what God has given me
Along with the challenge and use it
To fulfill the purpose God has for me.”

In 2006, Stephen was made a Member of the Most Excellent Order of the British Empire, for his contribution to the art world. In 2012 at the “Genius of Autism” awards, James was the “Inspiration Award Honoree.” You decide which award is more prestigious. 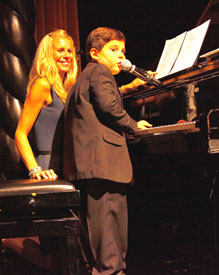 The youngest honoree, Ethan Walmark, my 7-year-old piano/voice prodigy, was less awed by his formal induction into the Pantheon of Genius, and more interested in going home after his performance. While Ethan may not be able to grasp the gravitas of the “Genius of Autism” event, or feel indebted to Cece McCarton and The McCarton Foundation like his father and I do, it’s comforting to know that even a genius — like us mere mortals — needs sleep.

You can find a complete list of all 14 “Genius of Autism” honorees at http://mccartonfoundation.org/genius/genius-honorees.

The passion of autism
Autism and average and schnooks, oh, my!
Autism: That’s what friends are for