Nick Jr.’s latest brainchild — “adults only” programming targeted at moms called NickMom — has not only suffered from poor ratings but has seen a severe backlash from moms, as well as the network’s advertisers. 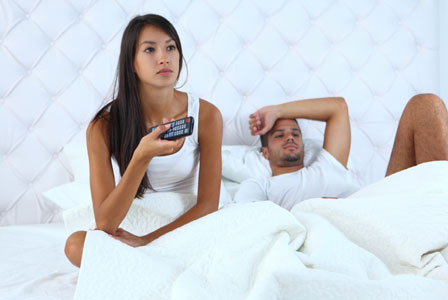 Do you think they should revert back to their original format or should complainers get a grip?

Nick Jr., a channel devoted to television programs for toddlers and preschoolers, has been entertaining little ones for over a decade (it debuted as Noggin and relaunched as Nick Jr. in 2009). Any time, day or night, a parent could tune in and let their small child watch popular shows like “Dora the Explorer.” However, earlier this month, a block of programming aimed toward moms debuted, and has since earned the ire of parents everywhere. So what’s the big deal?

NickMom is a block of TV time just for moms — beginning at 10 p.m. eastern and running until 12 a.m. (the block repeats once until 2 a.m.), moms can tune in and watch mom-centric comedy after their kiddos are tucked into bed. That’s what the idea was, anyway — turns out that the network has seen a 75 percent decline in viewership (when compared to the same timeframe last year) and parents everywhere are creating a big headache for Nick Jr.

Before the NickMoms programming even launched, the new brand extension had already created bad blood with some very influential moms — and dads too. In preparation for launching the television programming, NickMoms launched a website purporting to be “Motherfunny” and filled with captioned images and other brief content poking fun at children and parenting. The problem? NickMoms sourced content from blogs and social sharing sites without asking permission from copyright owners — or even properly crediting on the NickMoms site. News traveled fast around the blogosphere, social networking and the greater web and the company apologized… eventually. NickMoms also created a special email address for bloggers to report copyright issues so they could be evaluated and handled. Still, when NickMoms programming started, it had already left a bad impression on a lot of potential viewers.

Most moms think the change is unnecessary at best, and seriously inappropriate at worst. “There are hundreds of channels for adults,” Rachelle, mother of two, told us. “It’s ridiculous that they took the one channel devoted to toddlers and made it unusable at night. It was nice to have the option to turn it on when my kids were sick at that time of day. Now, we’ll have to use Netflix.”

Stacy from Texas felt the same way. “NickMom is funny enough, but it starts at 9… too early, in my opinion,” she explained. “There are some nights that my girls have trouble falling asleep and we watch cartoons to settle down. Now that NickMom has taken over, we have to find another network to watch.”

Jessica from Wisconsin agreed that the channel should revert back to its original format. “I don’t like it at all because my nieces and daughter don’t always go to bed before 10,” she shared. “I just want some Dora, not adult entertainment. The idea of it is good, but I just don’t think taking a channel geared for children is the best. I found out about it the hard way — I came into the room after trying to lay my niece down to sleep out on the couch (she was sick) to a discussion about sex and boobs.”

Read about the announcement of NickMom: It’s Nickelodeon for adults >>

Not only do moms dislike the removal of kids’ shows in the late night hours, Nick Jr. is hardly a channel they will turn on if they want adult programming. “Sometimes I need Nick Jr. at midnight,” said Kimmy from Florida. “If I want racy, I’ll watch HBO.”

With parents taking over Nick Jr.’s Facebook page and threatening to boycott NickMom’s advertisers, we’ll have to see if they will rethink their decision to sway from commercial-free children’s programming and delve into shows that only adults should be watching.

Is NickMom something you’d watch or was it a bad move to replace children’s shows with adult content?

More on kids and television

Is TV really bad for children?
The least expensive babysitter
Television as a conversation starter