What were on the minds and Twitter feeds of some of our favorite celebrity moms? Kristin Cavallari tweets that, despite stories that say otherwise, she has not yet lost all her baby weight. New mom Giuliana Rancic posted an adorable picture of baby Edward Duke, while Alicia Silverstone tweets about healthier Halloween options. Lastly, Tori Spelling ponders about her kids’ scary Halloween costumes. 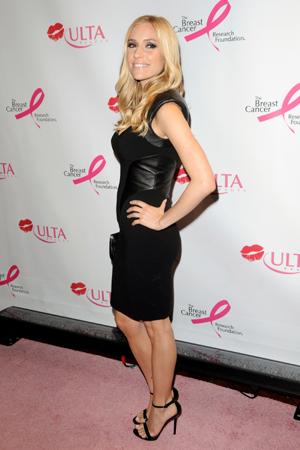 New mom Kristin Cavallari looked gorgeous as she showed off her slim figure at the ULTA Beauty’s Donate With A Kiss event on October 2. The Laguna Beach star certainly looks like she has lost all her baby weight since giving birth to Camden on August 8, but perhaps she is wearing an amazing pair of Spanx under that black dress (and, if so, I need a pair!)

Cavallari took to Twitter to call out US Weekly for citing a source as saying that five weeks after giving birth she “has already lost all the weight by working out like crazy with a trainer.”

“Hey us weekly next time u want to make something up at least get my sons bday right,” she tweeted. “I haven’t lost all of my baby weight yet. Thats sending the wrong message to women.”

She also tweeted about how she handles traveling with baby Camden. “Who watches your baby when you have to travel for work?” wrote one follower.

“He comes with me and i bring my mom,” Cavallari replied.

Nothing like having an extra pair of hands to help when you are traveling with a baby — and it certainly is a bonus if it can be Grandma!

“Liam and Stella both want to be killers for Halloween… What does that say about me as a parent?” tweeted Tori Spelling, who just gave birth to her fourth child.

“Kids asleep and @Deanracer and I are settled in and psyched to watch season premiere of #WalkingDead . One of our fave shows!“ she later wrote, referring to her husband Dean McDermott.

“After 2 years pregnant I finally got to have RAW fish again. #LovesMeSomeSushi,” tweeted Spelling, who recently shared her story of her difficult pregnancy to Us Weekly.

“I don’t care how many kids you have… Nails like this is unacceptable!” wrote the new mom, with a photo of her chipped nail polish.

(By the way Tori, we think it is totally acceptable!) 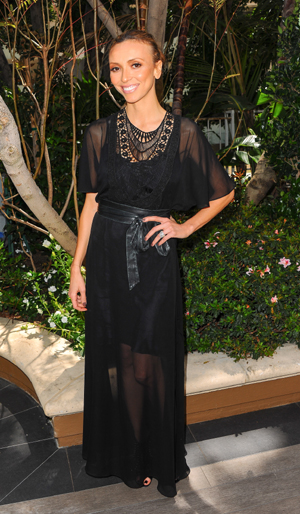 On the heels of reports that Giuliana Rancic and her husband Bill Rancic are gearing up for another baby via surrogate, the E! News reporter tweeted an adorable photo of baby Duke.

“Here’s latest pic @BillRancic and I took of Duke,” she tweeted, with a link to a photo of their adorable baby.

So far, the new parents have kept Edward away from the cameras, but Giuliana tweeted to a fan that he will be on the new season of their reality show “very soon!!!”

The breast cancer survivor also tweeted about how she and Bill prepared to be parents. “Before @DukeRancic there were parenting classes, lots of them!” she wrote.

The internet-savvy parents have already set up their son Duke with his own Twitter page and, despite never writing a single tweet (but probably has drooled on the keyboard!), he already has over 17,000 followers!

Want to be included in Alicia Silverstone’s new book? “Tell me about your #vegan pregnancy, and I may feature you in my next book!” tweeted the actress, who has one son named Bear Blu.

The Kind Life blogger also shares tips for a healthier Halloween — and says you can even compost candy!

“5 ideas for celebrating a green Halloween,” she tweeted, with a link to her website.

“Back in the day, Halloween was a pre-party for All Saints Day….So, how did we get from that to parading our kids around the neighborhood, asking for unhealthy handouts? Who knows?” she writes. “I’m not sure what I’ll do around Halloween when my little muffin grows up, but for now, these are some ideas I have for celebrating kind-style”

From sweet and funny to wacky and weird, check out more celebrity mom tweets here >>