With Halloween right around the corner, it’s alarming to hear news that a shipment of over 1,300 children’s costumes were destroyed due to lead levels that were 11 times the legal limit. It makes you wonder — is your child’s Halloween costume safe?

Related story This Grandma Shared a Great Hack for Not Leaving a Child in a Hot Car, But People Are Being So Mean About It 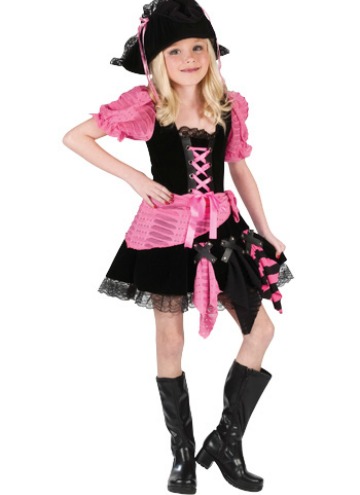 If your daughter was anxiously awaiting the arrival of her pirate costume in the mail, you might want to start researching another option. According to King5 News in Seattle, an entire shipment of Halloween costumes was detained and destroyed there today because the levels of lead in the plastic elements of these bright and fun costumes was 11 times the legal limit, making them a danger to would-be trick-or-treaters. A similar costume is pictured in this article and currently available via various online retailers.

According to Customs and Boarder Protection Officers and the Consumer Product Safety Investigators — the two government agencies who are on constant patrol for unsafe toys and children’s products arriving in the United States — they will be doing the same nationwide to any other shipments of costumes that were originated from the same Chinese port.

Is there lead in my child’s costume?

Although we’re relieved to hear that these particular costumes were destroyed, now we’re feeling a little paranoid about the Halloween costume that our child has been wearing since it arrived in the mail three weeks ago — does it contain lead too? There’s no way to truly tell once you have it in your hands. The Consumer Product Safety Center (CPSC) does its best with the technology they have at hand, which is quite effective, to cut down on products entering the United States via our ports to insure that those products are safe for children, from toys to clothing to costumes such as these, and you can trust that they take issues such as lead levels very seriously.

You can also check the CPSC website for up-to-date information on specific children’s items that have been recalled due to lead content.

How to ditch the possibility of lead in the future