What were on the Twitter feeds of celebrity moms this week? Actress Stacey Dash was “shocked” over the Twitter backlash after she tweeted her support of Mitt Romney. Bachelor couple Molly and Jason Mesnick tweeted their excitement over their baby announcement, while Jessica Simpson writes about her new maternity line. Singer Pink and pregnant actress Tamera Mowry round out our list of the top tweets of the week! 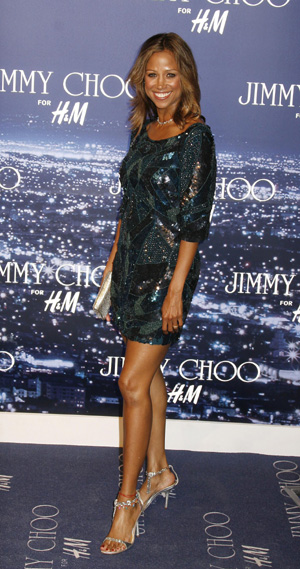 Clueless star Stacey Dash tweeted her support of Republican presidential nominee Mitt Romney, and topped off her message with a sexy photo of her wearing a red swimsuit in front of an American flag.

“Vote for Romney. The only choice for your future. @mittromney @teamromney #mittromney #VOTE #voteromney,” she tweeted.

That little tweet generated lots of backlash toward the 45-year-old star, who is a mom to 21-year-old Austin and 7-year-old Lola. Most of the comments are not fit to print, however she was called many not-so-nice names.

“Vote for the candidate with the supporters in the skimpiest outfits?” quipped one commenter.

“My humble opinion… EVERYONE is entitled to one,” Dash later tweeted, defending her views.

She did have some supporters, however, including vice presidential nominee Paul Ryan.

“Had a great conversation with @REALStaceyDash this afternoon. Thank you for your support!” he tweeted to her.

She has since appeared on Piers Morgan Tonight to talk about the backlash. She also re-tweeted this quote from Piers Morgan: “I don’t get it…I was shocked, saddened.“ @REALStaceyDash on facing fury after endorsing @MittRomney.”

“It is my right as an American citizen. It’s my constitutional right to have my choice of who I want to vote for president… And I chose him not by the color of his skin but the content of his character,” she said in the interview.

Jessica Simpson may no longer be pregnant, but she is still tweeting about maternity clothes!

“My maternity collection launches TODAY at Destination Maternity/@MotherhoodMat stores. Show off those bumps, ladies!” she wrote, with a link to her new line.

She also tweeted this adorable picture of her holding her daughter Maxwell. “Last year at Daddy’s party, Maxwell was in my belly. This year she’s in my arms!”

In case you are wondering what Simpson is watching on TV, she recently tweeted her favorites: “Big TV night.. Lots starting back up! The Good Wife, Dexter, Homeland, Revenge, and my friend @DaveAnnable10 has a new show 666 Park Avenue!”

It sounds like Pink’s mom isn’t crazy about her new music video for the song Try, in which she prances around in lingerie with a shirtless dude.

“My mom, after seeing the new video… “Wow, honey. I’m speechless. And uncomfortable. No one can ever say you play it safe.” Thanks, mama,” Pink wrote.

Has motherhood changed this tough-as-nails singer? It sure sounds like it! She tweeted: “just watched “perfect” video for the first time since having Willow and I need some da** tissues. #softie” 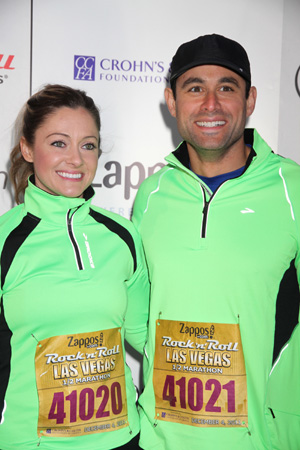 “I step away for 5 minutes & come back to a ton of love,” tweeted Molly Mesnick, who just announced she is pregnant and expecting her first child with her husband, former Bachelor Jason Mesnick. ”Thank you! We couldn’t be more excited about the pint size peanut on the way.”

Jason, who met Molly on season 13 of the show, has a 7-year-old, Ty, from a previous relationship.

“I am SO excited for your new addition! I just KNOW that nursery is going to be UHHMAZiNG!” tweeted former Bachelorette Jillian Harris to Molly.

“Had a beautiful brunch with my momma,” tweeted Tamera Mowry, who is pregnant with her first child. “Nothing like the love of a mother.” The former Sister, Sister star tweeted a photo of her pregnant belly next to her mom.

“Just off the phone with my momma…she went on a shopping spree for her grand baby! I’m sooooo excited!!!!!” she later wrote.

Mowry and her husband are expecting a baby boy in a few weeks — and they already have a baby name picked out (but they aren’t sharing!).

It sounds like this actress is following the celebrity trend of wearing a custom hospital gown during labor and delivery. “Thanks @GlowMaven! Just picked my hospital gown from http://prettypushers.com. I don’t have to wear the stale hospital gown after all” she tweeted.

12 hrs ago
by Ambrosia V. Brody