Meet Ana, mom of Kane and wife of Bruce, who has been battling bile duct cancer. 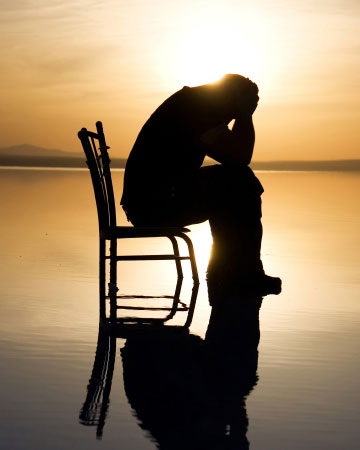 Learn how she and her husband have managed parenting their child while dealing with serious illness, treatment and victories.

What happens when Daddy is diagnosed with cancer? Ana, mother of one, found this out the hard way. Her family has faced this challenge head on and has hope despite a difficult diagnosis and expensive treatment that comes along with harsh side effects. Her story is hard to imagine, yet also hopeful and inspiring.

SK: Ana, can you tell me a little about where you grew up and about your family?

Ana: I grew up in Philadelphia and stayed there until I graduated high school. I feel that I was fairly lucky to be able to go to amazing schools within the city’s public school system and I was involved in a lot of extracurricular activities. I wouldn’t call the house I grew up in the happiest, though. My parents fought often and I was witness to it more often than not. That influenced my decision to go to college nine hours away from home, for sure.

SK: How did you and Bruce meet?

Ana: Bruce and I met through bmezine.com, technically. We had some mutual friends from there and met at a suspension event that was announced on the website that was held in Baltimore. Bruce was helping to host the event with the suspension group he belonged to. We didn’t actually talk much that day at all, oddly enough. I messaged him on BME to thank him for putting hooks in me for the first time and it just went from there.

SK: Was it love at first sight? Or did it take time to develop?

Ana: It didn’t take long to develop but I wouldn’t call it love at first sight. When we first met, not a lot of words were exchanged. It wasn’t until we met up again to hang out for a day and get lunch that things got more serious. Bmezine.com was having its annual large meet-up called BMEfest and we decided to meet there as well. I was still living near Philadelphia and he lived in Northern Virginia, so we didn’t drive there together. Instead, we met up once there. There were multiple things going on in Tweed and Toronto (both in Canada), and initially we only intended to meet up for things we were both going to be at. Instead, we quickly decided to spend the entire week together and as crazy as it seems, instead of leaving with the person I drove up to Canada with, I left with him and his friends to drive back to Northern Virginia and never left.

SK: How long did you date before you decided to get married?

Ana: Our period of dating only lasted for that one initial date and the trip to Canada. After the trip, I moved in with him and we lived together for about a year before deciding to get married in 2004.

Ana: It was perfect. We had a planned wedding in Las Vegas with close friends and family. We planned the wedding for the second day of the trip and spent the rest of it visiting the city. Our small wedding party, which consisted of a maid of honor and best man, got a matching Vegas-themed tattoo while there as well. 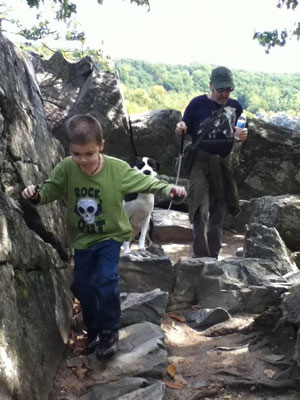 SK: When did you find out you were expecting a baby?

Ana: We were actively trying to get pregnant and had four miscarriages before a pregnancy stuck, which was what we had agreed on as our last try at that point. We found out when I took a test right before my missed period in July of 2006.

SK: What was Bruce’s reaction?

Ana: Excited but still nervous. I think that’s how we spent the entire pregnancy, actually.

SK: Tell me about the day Kane was born.

Ana: Kane was born by a sort of planned C-section on April 19. He flipped footling breech sometime around 37-38 weeks and despite an unpleasant external version at the end of the 38th week, refused to turn. Had he been frank breech we would have allowed labor to happen and see if he turned then but instead scheduled a C-section only a few days after the failed version attempt.