If you’re like a lot of moms, you don’t love the over-the-top candy aspect of Halloween. An alternative idea to candy is the Switch Witch. But is this the best solution? We asked real moms to give us their non candy-coated opinions. 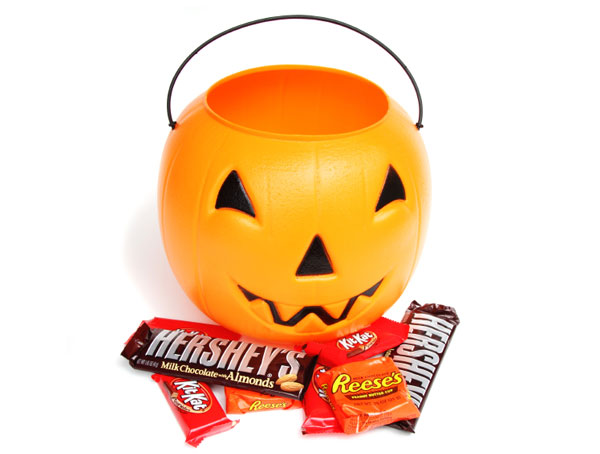 What is the Switch Witch?

In case you’re not familiar, the Switch Witch is a good witch that visits your home on Halloween night, usually while the children sleep, and takes (not steals, she’s an invited guest) all of the children’s Halloween candy (or a select amount — more on this in a minute) and leaves a toy(s) in its place. She loves high-fructose corn syrup. She’s a huge fan of mouth-watering sugary snacks. In other words, she’s a lover of all things candy. And she wants your child’s, if he’s willing to hand it over…

Why the Switch Witch?

She might be the “Santa Claus” of October — bringing a child his first non-edible goody of the holiday season — in exchange for his candy — and she might be a good witch, but is she really a good idea?

Many might argue that the Switch Witch is really just a fix for the anti-candy mom. For the mom who can’t stomach (literally) the idea of her child consuming candy bars, gummy things and sometimes even pure sugar ad-nauseum. And although most moms would agree that eating candy in excess, especially in one sitting — Halloween or not — is not the best idea for their children’s tummies, is it really necessary to talk the kids into this idea of wiping out the candy stash they just collected earlier that evening?

Barbara from Pennsylvania puts it simply. “While trick-or-treating is a fun tradition for kids, I have never thought it particularly healthy to encourage gluttony by bringing home pillow cases and bags overflowing with candy! With my kids, it always seemed as if the more they got, the more they wanted.”

Does the Switch Witch take the fun out of Halloween?

It all depends on who you ask. Barbara says, no. “It’s a tactful way to teach kids moderation, making choices, trading and currency concepts and it also adds a bit of whimsical fun to a child’s holiday. They can participate in trick-or-treating without feeling like they’re missing out when the candy gets taken away for their own good, and parents don’t have to feel like they are depriving their children of a fun tradition.”

Not to mention many kids might scream, yes! to the idea of the Switch Witch, far more excited with the prospect of the latest video game than a bag full of mini candy bars. And because the more candy you give the Switch Witch, the better your toy, this might be a motivator to collect more candy in the first place.

But Elizabeth, mother of two from California, disagrees. “That’s what Santa Claus is for,” she says. “Halloween’s not about toys, it’s about candy. It’s a part of being a kid. They don’t have to eat enough candy to get a cavity, but I wouldn’t dream of taking any of it from them.”

If you want to give the Switch Witch a try this year, here’s what you do:

Does the Switch Witch teach a good lesson?

“One year, my then 10-year-old son, decided to sneak into the candy stash while we all were asleep, and made himself extremely sick from the amount of candy he ate. That is why I think that the Switch Witch is a fantastic idea (I wish I had thought of it.),” adds Barbara.

So is it the worst thing to be taught that a sugar high is short lived but a toy can be long-lasting? If a mom doesn’t want to venture off her healthy family plan even for this holiday (because let’s face it, it’s not just candy for one day. It can take months to eat what they collect in a night) the Switch Witch can be a welcome rescue.

“This is especially a good solution for kids with allergies, medical or dietary requirements that may be restricted from having candy, chocolate, nuts, food dyes, etc.,” says Barbara.

Plus, the kids can still elect to keep some candy. So they reap the benefits of both a little sugar and a fun toy.