Who can forget the benevolent Fairy Godmother in Cinderella? 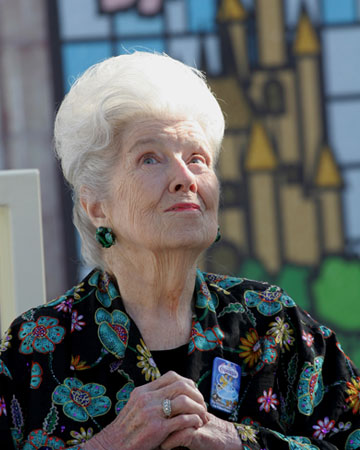 She was so kind and generous, and provided Cinderella with the tools to go after a new life. But did you know that cartoon character was based on a real person?

Growing up, many girls fell in love with the Disney flick Cinderella — and couldn’t help imagining what it might be like to have a Fairy Godmother of their own. Well, for J.P. O’Connor, she got to live that fantasy. Her mom, Mary Alice O’Connor was the inspiration for the kindly Fairy Godmother.

J.P.’s father was layout artist Ken O’Connor, who was working on the Cinderella film. He turned to his wife, who was in her 30s, for inspiration as the team tried to create the Fairy Godmother, imagining what she might look like as an older woman. At the time, her mom was very trim with jet black hair, says J.P.

“We all pretty much know in this famiy that we’re going to be a little rounder when we age. My dad appreciated a womanly shape and he knew that was probably going to happen to her,” says J.P.

But the Fairy Godmother’s likeness wasn’t so much about the shape, but about her attitude and actions, which J.P. says really captured her mom.

So, what’s it like to grow up knowing that the iconic Fairy Godmother is your mom (well, sort of)? J.P. says it was incredible. “I had an incredibly lucky childhood and life. I was blessed to have her for a very long time in life,” says J.P. “Every day she was like the Fairy Godmother to all of us. She encouraged us… she really made us believe.”

Mary Alice was a lot like the Fairy Godmother, says J.P, with a generous spirit and a strong desire to help others help themselves. “She never really did the work for you, but she helped you do it. She gave you tools, she gave you encouragement. She would say ‘perhaps we could look at it from this angle,'” says J.P. “She led from behind.” 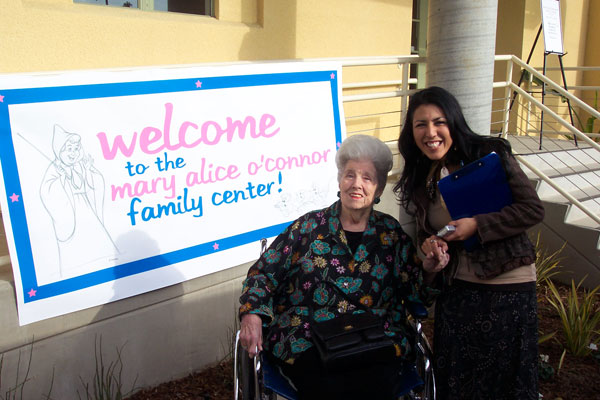 Mary Alice was involved in many community organizations and even helped found an organization that helped people with mental health challenges — at a time when discussing such things was unheard of. “She stepped up to needs in the community and wasn’t afraid to take things on,” says J.P. 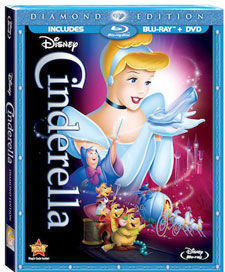 On October 2, Disney released Cinderella on Blu-Ray for the first time, including new special features. “The artistry and the time they took to remaster it is just stunning. It’s really like the actual film. They’ve really gotten back to the original film,” says J.P. “It’s just so inspiring. I think we all need a little inspiration these days.”

Before J.P.’s mom, Mary Alice, passed away in 2010, she learned of the new edition — and that the story of the Fairy Godmother’s creation would be told. “My mom knew before she passed and said, ‘Oh, I don’t know. Do we really need to tell our story,'” says J.P. “It’s a wonderful love story and I am a sucker for love stories and I think it really tells so much about how someone with dreams can really make a difference.”

Mary Alice was a truly special woman. “She really counted on people meaning what they said, doing what they said. That was really, really important to her. I think she believed that everyone had some special gift all their own,” says J.P.

J.P. says that the special feature on the new princess Fantasyland being built at Walt Disney World is also pretty spectacular. “I think the magic continues and it will keep going,” says J.P.

14 hrs ago
by Anna Davies