What were on the Twitter feeds of celebrity moms this week? Many were tweeting their thoughts on the presidential debate… and Big Bird, of course! We also took a peek at Mariah Carey’s Twitter feed to get the inside scoop on that American Idol fight with Nicki Minaj. Celeb mom Jennie Garth needs a hashtag intervention, while Jamie Lynn Spears posts a photo of Maddie dressed up like Aunt Britney! 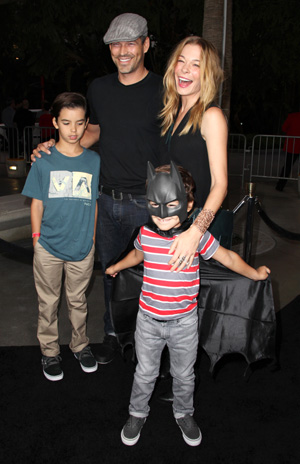 Celebrity moms (and a dad) on the presidential debate

Sherri Shepherd: If you were for Mitt b4 the #debates you’re still w Mitt… if you’re #TeamObama then despite tonight’s weaknesses your mind hasn’t changed

[Henson’s response was referring to Mitt Romney saying he will cut programs funded by money borrowed from China, including PBS. He said, “I like PBS, I love Big Bird, but I’m not going to keep on spending money on things, to borrow money from China to pay for it.”]

Elisabeth Hasselbeck: Both are good men. #Debate2012 but we need a great president. #It’s not about liking Obama – It’s about needing Romney

LeAnn Rimes (pictured, right): Much respect for both parties in the debate tonight. I couldn’t imagine filling either one of their shoes.

Snooki: One follower wrote: “What do you think Mitt and Barack just said to each other?“

Real Housewives of Beverly Hills star Lisa Vanderpump: Wow presidential debate was pretty interesting, but think @BravoAndy should host the next one, then we could really get into it #hearthetruth

And one celebrity dad…

Chris Rock: Obama is waiting for the right moment to pull out Bin Laden’s skull from behind the podium. Wait for it. Wait for it… #debate#PresDebate

For the Twitter novice, she is saying she is on her way to pitch a new sitcom with Luke Perry (aka Dylan McKay — his 90210 character) and she is listening to the Black Keys’ song “She’s Gone” — and they are apparently playing at the Staples Center on Friday night. Oh — she is also very grateful.

She also posted a photo of her daughter Luca with the tweet: “Ah teenagers these days. #multitasking #homeworkwhiletexting”

“Guess who Maddie want to for Celebrity Day at school! #HomecomingWeek,” tweeted Jamie Lynn Spears, with a photo of her daughter dressed like Aunt Britney Spears.

That’s right, the 4-year-old is dressed like Brit in her “Baby One More Time” video, with full-on Catholic school look including a plaid skirt, white tee, knee-high socks and sneakers. 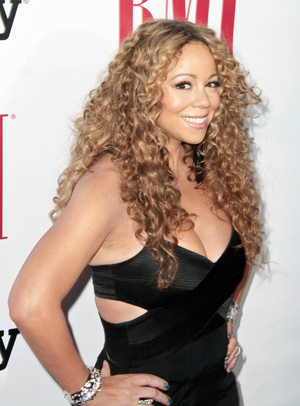 When divas collide! Nicki Minaj was caught on tape cussing out fellow American Idol judge Mariah Carey, saying she was not “(expletive) putting up with her (expletive) highness over there.”

We took a peek at their Twitter pages to see if we could find any clues if they have patched things up.

“It’s been a loooong day, slippin’ into my favorite “shoes”!” tweeted Carey, with a photo of her feet in furry rabbit (or perhaps lamb?) slippers.

She also made a mention of her twin babies, Moroccan and Monroe, writing, “as promised, a video of #dembabies… they love music!!”

No mention of the tension between the two on her Twitter feed… Minaj’s page, on the other hand, has quite a few mentions!

“I guess it hurts 2 have the producers tell u to ur face that nicki is the best judge we’ve had since simon. Awww, poor u. Keep them lies cmn,” Minaj tweeted. “Tried to keep quiet but let’s go!!!!”

“All I do is compliment u. That’s not enuff? Ur a legend, cheer up,” she later tweeted. ”U don’t have to run down ur resume or feel intimidated. Shady McGrady…”

The catfight begs the question: Are you Team Mariah or Team Nicki?