Presidential debates are a golden opportunity to educate and interact with your children on the subject of American government using a real-time current event. 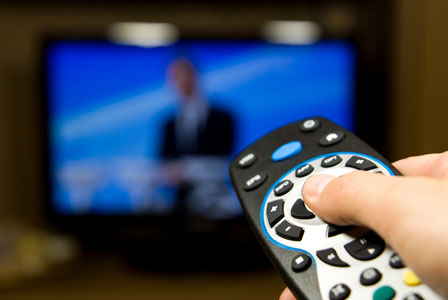 Help them form their own opinions this year by watching them together.

The first presidential debate takes place tonight at 9 p.m. eastern time on the campus of the University of Denver in Denver, Colorado. President Barack Obama and Governor Mitt Romney are lined up to discuss the topic of domestic policy in a debate where the candidates will be able to respond to each question. What can your kids get out of watching the presidential debates with you, and how should you approach the event with them?

Even though you may have an opinion about Democrats, Republicans, Obama, Romney or politics in general, try to avoid voicing your opinion one way or the other before the event. Instead, focus on letting your kids know that you’re looking forward to learning what they think.

Much like in professional sports, there will be televised discussion both before and after the debates, with media and experts offering their own take on the event. As their opinions may color those of your kids’, only turn to the debate once it starts.

Make sure your kids know that they can ask questions during the debate — in other words, don’t insist on silence while the candidates are speaking. Transcripts should be posted at a later date if you want to go back and catch up on what was said.

Have the internet ready

Questions can and probably will pop up that you may not have a quick answer for, so keep your laptop, tablet or phone nearby for quick internet searches.

When the debate is over

After the debate, turn off your television or radio and discuss what transpired with your kids. Let them express their opinions first — if you start, they may feel pressure that their thoughts should mirror your own. Try to flesh out their answers if they don’t say much at first. Ask why they felt that President Obama said this, or Governor Romney said that. What helped sway their opinion?

Current events, such as a presidential debate, are a prime moment to really get on your children’s level and help them understand the importance of our government.

“Children benefit from learning that there are different opinions on how our country should be run and that it’s OK to have healthy debates on subjects that influence the country’s operations,” shared Rachelle, mother of two. “They also need to understand that despite the differences in opinions, people are able to work together and accomplish great things for our country.”

More on kids and current events