After the loss of her baby due to a rare kidney disease, Carrie Goldman, 38, of Evanston, Illinois, and her husband, Andrew, adopted a baby girl, Katie (now 9), out of foster care. They eventually added two healthy biological daughters to their family, Annie Rose, age 5, and Cleo, 2. But when one daughter was bullied due to her unique interests, it put Carrie’s strength to the test and motivated her to write the book, Bullied: What Every Parent, Teacher, and Kid Needs to Know About Ending the Cycle of Fear (HarperOne 2012), with hopes of uncovering the reasons why people bully and how parents and teachers can step in.

by Carrie Goldman
as told to Julie Weingarden Dubin

When Katie was in the first grade she had joyfully picked out a Star Wars water bottle and backpack to bring to school, and each morning, she proudly filled her water bottle. One morning in November, she abruptly asked to take a different thermos, and when I pressed her for a reason, she began to cry and told me that a group of boys was taunting her for liking Star Wars. They would surround her at her locker, at lunch and at recess, telling her Star Wars was only for boys and badgering her. Katie wanted them to leave her alone, so she tried to change who she was.

When I found out what was happening, I felt like crying too, because it was hard to see such a young child switch from excitement about her thermos to feelings of fear and shame about it. But I stayed calm, and although I encouraged Katie to continue to bring her Star Wars items to school, I did not force her to take them. For a few days, she switched to a butterfly water bottle. 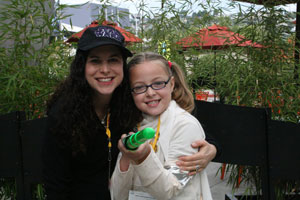 In the meantime, I spoke with people at school about the situation, and I wrote about it for my blog, Portrait of an Adoption. The blog post exploded and went viral. Within hours, we were receiving messages of support from people around the world — Brazil, Ireland, England, Japan, Dubai, soldiers in Afghanistan — they all raced to offer their encouragement to Katie and to share their own stories of having been bullied. It was one of the most humbling and astonishing experiences in my life. So many stories, so much suffering, and yet an incredible resilience that emerged.

Thankfully, we resolved Katie’s bullying issue by talking about it and raising awareness. Today, Katie is doing very well. She has not been defined by what happened. She retains a keen interest in Star Wars, and she’s great about looking out for younger kids. Katie is hard to label. Although she loves Star Wars, she also loves playing in ways that are more traditionally identified with females. We try not to limit her or box her in. She’s not a tomboy or a girlie girl. She’s just Katie.

A challenge I dealt with at the time (and continue to deal with) is dismissiveness from those who argue that Katie wasn’t being bullied. There’s a lot of educating that needs to happen around what comprises bullying. Basically, bullying is repetitive, unwanted aggression that takes place in the context of a power imbalance. Katie’s situation met all three criteria. The boys had given Katie a hard time every day for a week, at which point she told me, and I took action. Katie was not laughing at their teasing and she did not want to be taunted. The multiple boys versus one Katie constituted a power imbalance.

Bullying happens on a continuum, and it’s just as important (if not more so) to intervene when you find yourself on the minor end of the continuum as when you find yourself on the major end (physical violence, destruction of property). Bullying prevention is most successful when you take action early. But some people believe that verbal taunts or exclusion are not worthy of intervening, and they dismiss these actions. Why should I wait to see if Katie was going to be shoved into lockers or hit or cyber-bullied down the road? Why not turn things around now while she was at the minor end of the continuum?

The study of bullying 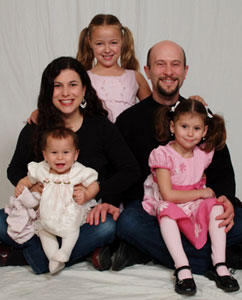 Hey, Moms: Know a mom with a great story? Email Jrosewriter@gmail.com with your suggestions.

When Katie’s story went viral, and we heard from thousands of people about their own painful histories with bullying, I realized that there was a need for more research into the culture of cruelty, and I decided to write my book, Bullied: What Every Parent, Teacher, and Kid Needs to Know About Ending the Cycle of Fear. I wanted to learn more about why people bully each other, and then I wanted to couple that knowledge with concrete solutions to give to parents and teachers.

I hope other moms will realize that it’s OK for their kids to like what they like, regardless of whether it fits in with society’s expectations. Let kids be who they want to be. It’s better to teach them how to stay strong in the face of criticism than to teach them to change who they are inside.

Always choose hope and try to build a supportive community around you and your family. Seek out others who are having similar experiences. Kids inevitably have issues, and instead of beating yourself up about it, spend your energy looking for ways to address the problems and make things better.