When Twitter first started to explode among bloggers, Megan Calhoun was there. She saw a niche and created a networking site for the moms of Twitter. 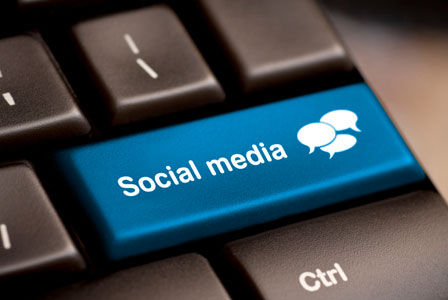 Several years later, her business has grown and adapted and now is an agency bringing opportunities to mom bloggers.

In 2008, Megan Calhoun was a stay-at-home mom with two young kids. New to her town, she was looking for ways to connect with other moms. “My husband suggested I check out this new thing called Twitter (remember this was four years ago before Oprah and Ashton were on Twitter). I had never even heard of Twitter, but I checked it out and found some amazing moms on Twitter,” says Calhoun.

What she found was that there were many successful women on Twitter. “They were doing incredible things: Starting their own businesses, writing books and building media empires. These women were authors, speakers, bloggers, former executives and journalists using Twitter to connect with each other,” says Calhoun. However, it wasn’t easy to locate these women on Twitter at the time. “I came up with the idea to start a simple directory for moms on Twitter where they could learn a little more about each other. That’s how TwitterMoms (now SocialMoms) got started,” says Calhoun.

From idea to business

SocialMoms has developed from a place where the mothers of Twitter could connect with each other into a brand that works to connect bloggers with opportunities, provides a place to connect and more. But the growth was beyond Calhoun’s expectations.

“I thought for sure 10 people would join SocialMoms and it would last a month. But, instead the community grew organically by word of mouth and within weeks we had thousands of the world’s most influential social media moms signing up and networking with each other,” says Calhoun.

Using what she has

Calhoun is a former public relations executive and sales professional, which she says helped her grow SocialMoms into a “thriving business.” Those skills have served her well as she’s developed her network and business.

Still, she credits her children as being a powerful resource too. “I think my experience as a mother has really helped me understand the power of the mom voice and how we can influence the world around us in positive ways,” says Calhoun.

At first, Calhoun’s network was called TwitterMoms, but after growing quickly, Twitter asked her to change it. “Oh my goodness, I’ll never forget the day I got an email from a lawyer at Twitter saying we have a little bit of a trademark issue here… gulp,” says Calhoun.

Fortunately, she had already been thinking about broadening the scope of her business. “We knew from day one that our moms are influencers in all social media channels — not just Twitter. We needed to change our name and this was the kick in the pants to make it happen,” says Calhoun.

Rebranding the network was a stressful time for Calhoun, but she pulled it off. “What I learned was your brand is much bigger than your name. It’s about what your brands stands for, the values of your brand, the type of service you deliver to your clients and your connections. SocialMoms stands for integrity, innovation and deference — that is, it’s about our moms and not about us. Ultimately, it didn’t matter that we changed our name as long as our values stayed the same,” says Calhoun.

Thinking of rebranding? “Your brand values will help you stay focused and make better business decisions. Rebranding is all about getting crystal clear on what you want your brand to be about and communicating that to your audience,” says Calhoun.

What is a dream?
Becoming a sommelier
Why you need a mentor — and how to find one