A Massachusetts mom has started a petition on Change.org calling on Disney to make lunchboxes safer for kids. Is your kid’s lunch box dangerous? 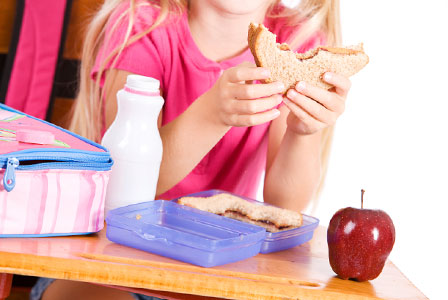 When Lori Alper, a mother and the blogger behind Groovy Green Livin’,  learned of a small recent study from the Center for Health, Environment & Justice and discovered that lunch boxes tested for phthalates contained up to 30 times the amount deemed safe (in toys) by the Federal Government, she was outraged.

The chemicals aren’t regulated in lunchboxes and among the worst offenders were character lunchboxes by companies like Disney. “It’s a maternal and paternal instinct to take care of our children and protect them from these things,” says Alper.

“I thought this is really awful that all of these products are on these shelves… They’re being poisoned by what they are purchasing,” says Alper. “I have three school-age boys and I can certainly relate to them being drawn to these characters; they love Spiderman.”

Haven’t heard of phthalates? We hadn’t either… until we looked into them and discovered that they are in so many things. Phthalates are chemicals invented in the 1930s that are added to everything from toys to toiletries, giving them flexibility, transparency, durability and even extending the shelf life. In 2008, Congress prohibited a concentration of higher than 0.1 percent of several phthalates in children’s toys.

The risk of phthalates

Studies of phthalates have linked them to cancer in animals and reproductive damage in male fetuses and infant boys. Some research has also linked them to obesity and asthma. According to the Environmental Working Group (EWG), “phthalates are considered a hazardous waste and are regulated as pollutants in air and water. In contrast, phthalates are essentially unregulated in food and cosmetics.”

“Try to avoid vinyl products as much as possible,” says Alper, who notes that it’s not required for companies to label items containing phthalates. “Do a little more legwork and make sure that what you are buying is OK.”

So, what should you do about that offending lunchbox in your cabinet? Alper says to throw it out and instead seek out a safer alternative that doesn’t include PVC or vinyl. Alternatives include cotton or metal lunchboxes.

Alper started a petition on Change.org that calls on Disney to change the materials they use in character lunchboxes. So far, more than 57,000 people have signed the petition with more signing every day. Alper plans to soon present the petition to Disney in hopes they will heed the call for safer products.

Her ultimate goal though? Widespread change. “These products should not be on our shelves,” says Alper. She’d like to see the products tested before hitting shelves.