Middle school is a big jump for kids. Whether they start in 6th grade or 7th, the scene in middle school is completely different than in elementary school. Many parents struggle with letting go just a bit more now that their kids are older. What can you let go of, and what do you absolutely say no to? We asked some middle school moms for their take. 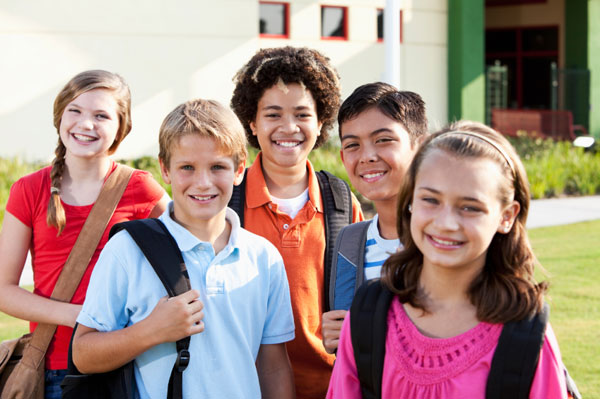 Once your child hits middle school, her social life takes center stage. Play dates at the park with your mom friends and their kids are a thing of the past. Your tween wants to spend time with her own friends without you hanging around. This budding new independence means that you need to rethink some of your rules and boundaries. While your child may still seem so young, it is important to acknowledge her maturity and ability to think for herself. This is a difficult adjustment for some parents who worry about the safety of young tweens. How do you decide what is an acceptable amount of freedom?

What moms need to know about moving to middle school >>

On their own — sort of

Kristin, mother of two, allows her middle school child to meet up with a group of friends at the movie theater. Movies provide an opportunity for tweens to have some freedom, but still be in a relatively safe place. The start and end time of the show are readily available, and parents can pick their child up soon after the movie has ended. You may want to have a rule that the kids need to stay together, and that nobody should leave the group alone to visit the restroom or snack bar.

Hanging out at the local mall is a rite of passage for tweens, but brings a whole new set of concerns. Parents worry that there may be child predators lurking at the mall, or that there are too many potential ways for the kids to get separated from each other. Laura, who is the mother of three teenage boys, enforces the rule that if her son wants to take the bus to the mall, he has to go with friends. She started allowing this in middle school, and still enforces the same rule now that he is 15 years old. One way you can give tweens a bit of freedom at the mall — and still feel like you are supervising — is to stay at the mall yourself, but out of sight. Bring a book, grab a café mocha and snag a seat somewhere in the mall where they won’t be likely to notice.

Ah, hormones. They begin raging somewhere around this age and they won’t stop anytime soon. Alone time with the opposite sex sounds way too much like a date, and most tweens are just too young to cross this bridge. Kristin has an “absolutely no dating” rule, as do several of the other parents we spoke to. “They are just pushing the boy-girl stuff down to an age where they can’t handle it,” said one mother of a 6th grade boy. A good rule of thumb is that activities with the opposite sex have to be in a group, like a movie outing.

Paula, mother of two boys, will not allow her 13-year-old son to be at a friend’s house if there are no adults present. Many tweens are responsible enough to stay at home on their own for a short period of time, but leaving them alone with friends may invite too much peer pressure. If you feel that your tween is mature enough to stay alone in your home, start with short amounts of time during daylight hours to help him gain confidence.

Is your child ready to stay home alone? >>

Sure it’s hard, but by giving your middle school child a bit more independence each year, you are letting him grow and mature into a confident, capable teenager.

Battling a moody tween
Signs you’ve got a gossip girl
Too young for Facebook? Social sites for tweens