Charging discrimination, the Vanderhorst family is pursuing legal action after American Airlines refused to allow their 16-year-old with Down syndrome onboard. 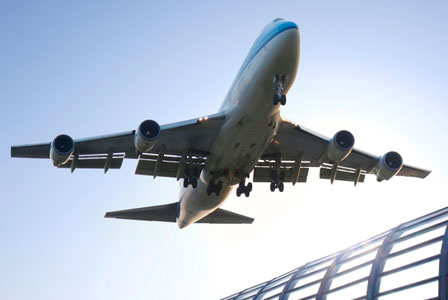 The airlines claims the teen’s behavior posed a security risk — an accusation the family staunchly denies.

When Joan and Robert Vanderhorst upgraded their American Airlines seats in early September, they never imagined trying to step into first class would force them to step into an international spotlight.

As Joan and Robert and their 16-year-old son, Bede, who has Down syndrome, prepared to board the flight from Newark to Los Angeles, American Airlines stopped them. The airlines refused the family entry onto the plane and cited safety concerns because of Bede’s behavior — an accusation the family disputes.

“The pilot and Newark customer service team made the decision to have the family rebooked on a different flight out of concern for the young man’s safety and the safety of others,” said American Airlines media relations in an email.

“Unfortunately, when it was time for passengers to board the airplane, the teen’s actions again became very unusual, such that our customer service team and flight crew determined it was simply inadvisable that he board at that time.”

Bede’s parents have disputed that account vehemently in interviews with media since the incident. Robert Vanderhorst told the Associated Press that at no time did his son run, make loud noises or display other offensive behaviors. Vanderhorst told AP that Bede walked around with him or sat quietly in the gate area.

“I would much rather [the airlines had said] I was stumbling drunk and belligerent than lie about someone who can’t defend [him]self,” wrote Bede’s mother, Joan, in an email to SheKnows.com.

“I am a great believer that things happen for a reason,” she continued. “Although I prefer to live in my private, insular world, it looks like we have to step up for a while.”

The Vanderhorsts aren’t stepping up alone. Word about the incident spread quickly, and Bede’s older sister, Bianca “Binky” Vanderhorst helped organize a protest at Los Angeles International airport. Binky is a senior at Loyola Marymount University in Los Angeles, and she told the campus newspaper her goal was “to raise awareness that this happened and that it’s not OK. There are a lot of people that care. American Airlines should apologize to the disabled community.”

The Vanderhorsts say they are pursuing legal action and have started a Facebook community called, “It’s not gunna fly!” A petition on Change.org currently has more than 1,000 signatures.

8 hrs ago
by Emily Tisch Sussman

21 hrs ago
by Leslie Priscilla