Jessica Bern is many things: A single mom, a blogger and now… a TV development fundraiser? 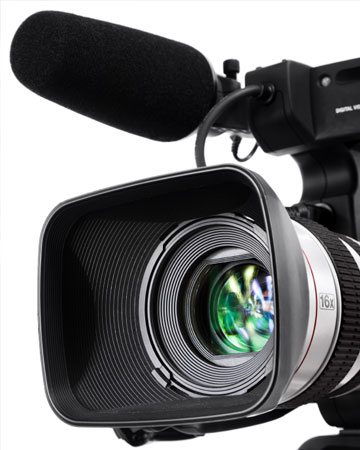 She’s working on her dream, raising money for a TV pilot about bloggers after overcoming her own fears.

Some people just seem to have that naturally funny gene that keeps people rolling. Jessica Bern is one of those people. When I interviewed Bern, the blogger behind Bern This, she had me nodding, giggling and downright laughing as soon as we got on the phone. 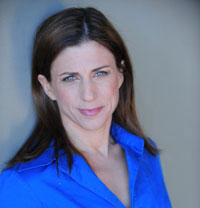 Who is Jessica Bern? I’m so glad you asked. Bern is a single mom with a big dream: To create a webseries about a blogger who is suddenly single with a child who has to find what’s next for her.

Bern, who is the real life single mom of a 9-year-old daughter, is now raising money to film the show.

Bern and co-director and co-writer Deb Anderson have created the scripts for the series to be called Blog THAT. It’s about a 42-year-old single mama who’s living in Los Angeles and looking for her new normal. “She gets immersed in the online world,” says Bern. As the mom struggles to find her new reality, her blogging takes off and she makes a career of it. The show will feature the main character as she meets people online and off, deals with her parents trying to start blogging and, of course, losing her husband (to his mother).

Bern describes the tone of the show as a female Larry David-Seinfeld-type.

“I have some amazing actors lined up,” says Bern.

Bern says the show is “inspired by own experiences.” Her husband really did leave her and she really did have to re-find herself. “My daughter was 3. My family lives in New York and I really had to start from scratch,” says Bern. “I was very lonely. I was profoundly lonely and it didn’t last for six months, it lasted for years.”

Bern says that the show really taps into the blogging world and tackles subjects that bloggers really deal with like making friends online (and explaining that to your non-blogging friends). “People still don’t understand how you can be friends with somebody without ever having met them,” says Bern.

“We shoot the second week of November. This is something that has been — I kid you not — five years in the making,” says Bern. “I will do everything I can so that you will not be disappointed.”

Bern is using Kickstarter to raise funds to film the new show. She’ll be using the money to pay for equipment rentals, crew, actors, insurance and other costs. To help fund the cool project, check out the Blog THAT Kickstarter page.

What is a dream?
Becoming a sommelier
Why you need a mentor — and how to find one