At a time when college tuition has skyrocketed over 400 percent over the past 25 years and a struggling global economy has made jobs scarce — even in the professional ranks — many young people are wondering if they should skip college and jump right into the work force. 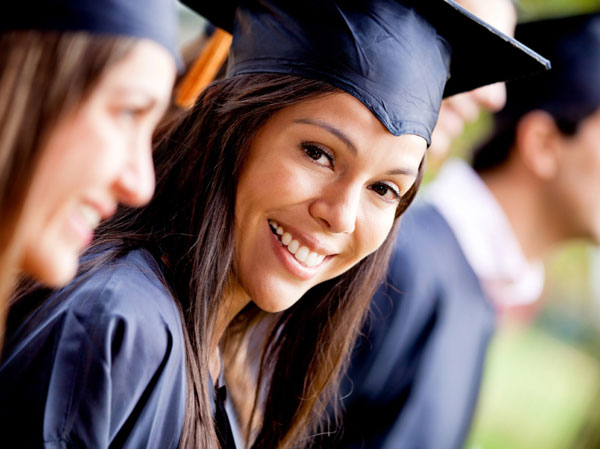 With little public outcry, we have priced a generation of middle and working class kids out of college, consigning them to a lifetime of unfulfilled potential and lower earnings. In 2009, President Obama said that he wanted America to return to the position we once held and lead the world in college graduation rates. (We’re now No. 12 and slipping.) Unfortunately, due to skyrocketing tuition costs we are making college and graduation increasingly available only to students from wealthy families.

If we wanted our young people to learn and compete with other high-performing nations — Singapore, Finland, Korea — we’d make higher education affordable. Instead, we’ve allowed tuition to rise dramatically, often at rates double or triple the rate of inflation.

Sadly, the current generation of young Americans is slated to be the first group in American history to be less educated than their parents as fewer students are able to achieve the holy grail of education: A college degree. Only about half of the young adults who start college graduate, according to a comprehensive study by Complete College America, a grantee of the Bill & Melinda Gates Foundation. The top reason they drop out? Going to school and working at the same time was just too stressful.

Yet in just 10 years, more than 60 percent of all new jobs will require a college education, according to Complete College America. Young people: You want to be in the pool for those jobs. And please note: College completion, not “some college,” is what matters. You must get that diploma. You want to be in the small group competing for the big list of jobs, not the other way around.

The game of Life

As a kid, I loved the board game Life. Early on in the game you make a choice — high school graduate or college graduate — which sets you on a certain path for the rest of the game. When your little plastic car lands on the “payday” spaces periodically you collect your salary; in a short amount of time the difference between salaries collected for high school versus college degrees starts to add up. As you move over the board’s bridges and hills one thing is clear: It’s almost impossible to win at the game of Life without a college degree. Milton Bradley got it. Because in life, as in Life, payday after payday, the income gap between college graduates and those with less schooling escalates at alarming rates. In fact today, according to The New York Times, college graduates earn a whopping 75 percent more than those with a high school diploma.

College is worth it

There is only one answer to “is college worth it?” — a resounding yes. When the majority of new jobs will soon require a college degree, how can we even ask this question?

As I debate this question often on television and radio shows, I’m told college is not for everyone. I say that with the right support, anyone who can finish high school can finish college. Vocational schools are second best, where young adults get the skills to work in fields that are calling out for them: Health care, IT, engineering. As Martin Luther King, Jr. once said: “Learn, baby, learn, so you can earn, baby, earn.”

A college degree today is the required golden ticket to the middle class. State college tuitions are the best bang for the buck; most students there pay far less than the rack rate. Though we hear a lot about the outliers — students who finish with six figure debt — the average college student finishes $25,000 in debt. Yet the first year after college, the average grad earns $27,000 more than a high school graduate. Live at home to save on room and board, and live at home for a few years after graduation to pay off your loans.

Parents, higher education is by far the best investment you can make in your child. Along with vaccinations, seat belts, and bicycle helmets, a college diploma should be seen as essential protection for your children’s future. Do not let them leave home without it.

Lisa Bloom is a legal analyst for Avvo.com, bestselling author of Think and Swagger and the founder and managing partner of The Bloom Firm, a prominent general practice law firm based in Los Angeles that handles family, civil and criminal matters.

Jennifer Lopez & Ben Affleck Get Cozy, Merry, & Bright With Their Kids Ahead of the Holidays

How to Survive Travel With Tweens & Teens