Researchers at the University of Auckland have created a video game to help teens dealing with depression. 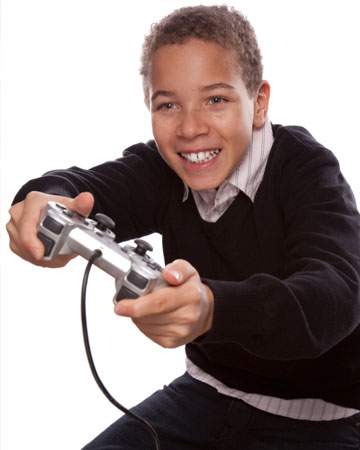 Teens get help dealing with negative thoughts, problem-solving and learning to relax. With many people blaming video games for making depression worse, will this tactic really work?

Depression during the teen and adolescent years is more common than you may think. According to the National Institute of Mental Health, approximately 11 percent of adolescents are affected by depression by the age of 18. Proper diagnosis and treatment of depression is critical, but many adolescents and teens never get the help they need to control their depression properly. Researchers have created a 3D fantasy video game that may be just as effective as talk therapy, which is considered the standard treatment for depression.

“Depression is a very common problem in the community as a whole, and we now know that it often starts in adolescence,” says Dr. Sally Merry, associate professor of child and adolescent psychiatry at the University of Auckland. “There is a very dramatic increase in the rates of depression between the ages of 15 and 18.” By targeting depression in teens there is a greater opportunity to help people get a handle on their depression before it becomes worse.

The video game created by researchers and teachers is called SPARX, which stands for Smart, Positive, Active, Realistic X-Factor thoughts. Players create an avatar that represents them in the game, which has 3D graphics and seven different realms to work through. As the player works through the different realms, they shoot GNATS — Gloomy, Negative, Automatic,  Thoughts — and categorize them into specific types of thoughts.

The game is based on classic cognitive behavioral therapy and teaches behavioral skills to combat depression just as one would learn in talk therapy. Players take approximately 30 minutes to complete each step, and play a session one or two times per week. No direct supervision is required to play the game.

Researchers tested 187 teens with mild to moderate depression, assigning some of them to play the video game and some to receive traditional talk therapy for their depression symptoms. Psychological tests were administered both before and after the test period to determine the rate of change in reported depression. Both SPARX and talk therapy reduced anxiety symptoms by about one-third, but there was a notable difference in remission of depression. A full 44 percent of participants who played the video game reported a remission in depression, as compared to only 26 percent who received traditional care.

The video game SPARX provides a treatment option that is private and easy to use, and may help fill the gap for those teens who aren’t receiving help for their depression. “This is a very important time in young people’s development, and depression can have a major impact on their ability to do schoolwork, when they’re establishing social networks, and is also linked to a number of risky behaviors like use of alcohol and drugs, teen pregnancy and self-harm,” says Merry.

If you suspect depression in a teen or adolescent in your life, act now to get him the help he needs.

Encouraging healthy sleep habits in your teen
Macromastia: Large breasts cause problems for teen girls
Asthma and your teen