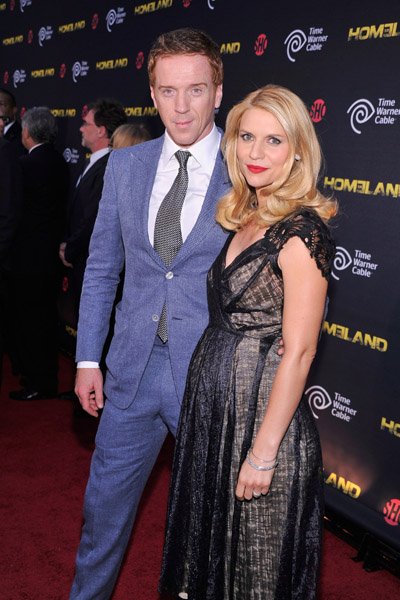 Pregnant actress Claire Danes posed with her Homeland co-star Damian Lewis at the premiere of the second season of the hit Showtime series. “It’s getting to the point where I’m looking a little knocked up,” Danes told LIVE! With Kelly and Michael, saying her tummy looks like a “soccer ball.”

The 37-year-old actress, who is pregnant with her first child, has received an Emmy nomination for lead actress and admitted that finding the right dress for the ceremonies might be a challenge.

As far as the sex of the baby, Danes isn’t giving much away! “It is a human being, which is a profound relief,” she joked.

Homeland returns to Showtime on September 30 at 10 p.m.

Next up: Melissa Joan Hart in a chic Isabella Oliver dress

Trans Kids Deserve Better & Parents of All Kids Can Help

4 hrs ago
by Emilia Mense Caby