Negotiations have faltered in a strike in Chicago — a teachers strike that has left all of their public schools without teachers and 350,000 children out of school. 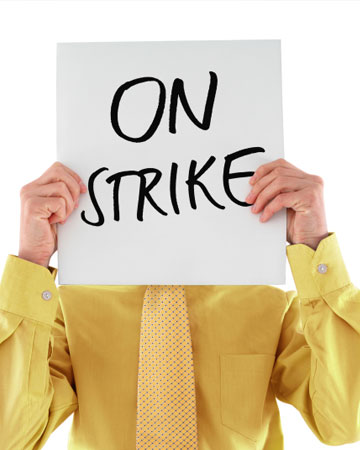 This has resulted in parents scrambling for alternate accommodations for their kids and an upswing in police presence on the streets due to potentially unsupervised kids getting into trouble. Is a teachers strike worth it?

The first teachers strike in 25 years is happening right now in Chicago, pitting the public school teachers against the school district in efforts to resolve disputes over their contracts. This has resulted in around 350,000 school children unable to attend school and their parents being forced to make other plans for their days. What gives?

The issues revolve around the teachers’ contracts. Their Chicago Teacher’s Union, which represents around 30,000 teachers and support staff, called the strike after their talks with the school district failed to reach a resolution. They are close to an agreement on a pay increase (the average teacher salary in 2011-2012 was $74,839) but talks have stalled over teacher evaluations and provisions dealing with jobs for laid-off teachers. Meanwhile, the mayor of Chicago, Rahm Emanuel, was firmly against it, saying, “This is, in my view, a strike of choice, and it’s the wrong choice for our children.”

Some argue that the contract negotiations that deal with money and benefits go against what teachers should stand for — why, in essence, they teach. “Chicago public teachers don’t know how good they have it,” said Jordan, an elementary school teacher in Arizona and a former Chicago public school preschool teacher. “They get paid far more than most in the rest of the country. They have a work day that is less than seven hours. When I left in 2010 there was a $700 million budget deficit and teachers and the union were still unwilling to give up their annual 4 percent raise.”

Cathy, an elementary teacher in Texas and mother of two, felt the same. “Everyone can argue that teachers are underpaid and underappreciated,” she explained. “However, the bottom line is that I am in this line of work because I genuinely care about the education and well-being of children. To strike over money sends a poor message to the very kids you are trying to teach to be productive citizens. If you really want to teach kids, for the fulfillment of teaching and seeing those kids learn — I can’t see how striking for more pay is accomplishing your goal. If you’re still mad about the money, go do something else.”

Other folks felt that the teachers were well within their rights to strike. “Because teachers are primarily women, it is still considered some sort of side gig to their supposed husband’s ‘Real Family Income’ job, an interesting hobby, and they should do it for the love of the kids,” wrote a commenter on the CNN article. “Nursing is often regarded the same way and for the same sexist reasons. How about society show our love of kids and pay their teachers what they are worth, for a change?”

Another commenter agreed. “Teachers should be paid more than your Wall Street brokers who deals in paper, whereas teachers get our kids at age 5 to 17 and help to prepare them for life,” she wrote. “Teachers spend more waking hours with our children than the parent — their influence is staggering and they should be paid more.”

Others felt that kids may benefit from a few days out of school. “Given the poor graduation rates and limited success of Chicago school grads, keeping students out of school and inviting them into museums, libraries, art centers and homes may be the best learning opportunity these kids have all year,” wrote a viewer on the CNN article. And John, dad of three, agrees. “If I was a kid I would want to be living in Chicago right now,” he explained. “One less month of indoctrination.”

What do you think? Do teachers need to be paid more? Or are these teachers making a mistake with their actions?