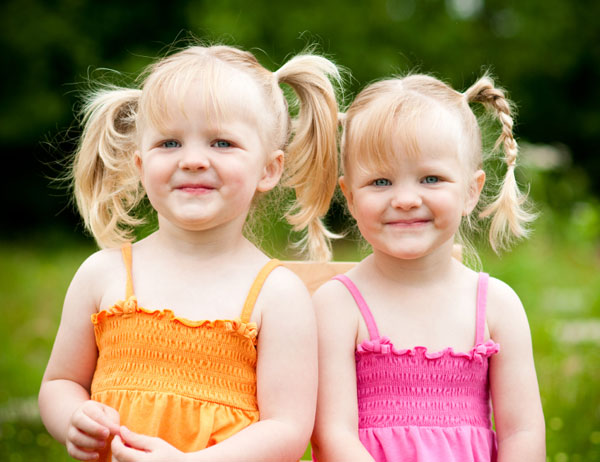 What were the top twin girl baby names of 2012? The most popular names for twins are in line with the top girl names overall, which was Sophia this year and Isabella the year before, according to the Social Security Administration. Who else made the list?

Many parents are choosing to name their twin girls with a similar theme, for instance virtue or spiritual names (Faith and Hope, Faith and Grace, Serenity and Trinity), as well as Heaven and Nevaeh (Heaven spelled backwards). Another theme is destination names, such as London and Paris, as well as the seasons (Autumn and Summer).

Rebecca Romijn and Jerry O’Connell named their twins Charlie Tamara Tulip (after Jerry’s brother Charlie) and Dolly Rebecca Rose (after Dolly Parton). How cute is that?

Along with Romijn’s daughter Charlie, actress Diane Farr also gave one of her twin daughters the gender bending name of Sawyer, which she said was a family name she passed on. Her twin girls are named Sawyer Lucia and Coco Trinity.