A new study by the Centers for Disease Control (CDC) suggests that over the last decade there has been little progress in getting teens to have safer sex. 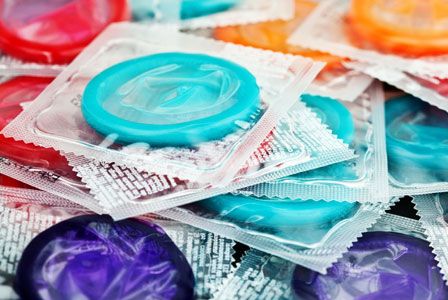 With fewer Americans seeming to be concerned about HIV, the push for safer sex may have been abandoned. What did the study find, and why should teens start playing it safer?

Teenagers have been experimenting with sex since before the family sedan had a backseat. The raging hormones that draw teens to each other can be difficult for them to ignore. There is more at stake in this game now than simply a sexually-transmitted infection (STI) or unplanned pregnancy. Unprotected sexual activity during the teen years and young adulthood can lead to serious health risks now and down the road. Are teens today playing it safe, or is their behavior still risky business?

The CDC report found that fully half of American teens between the ages of 15 and 19 years of age (55 percent of girls and 58 percent of boys) had already experienced some sort of sexual activity with the opposite sex. Even if your family teaches abstinence, young teens need to be informed of the possible infections they may contract during any type of sex. By educating them early — hopefully before their first sexual experience — you give them the information they need to make better decisions in the heat of the moment.

The National Health Statistics Reports issued recently by the CDC, gathered data on U.S. teens and young adults between the ages of 15 and 24. Respondents were asked a number of questions regarding their sexual activity, such as age at first intercourse and what types of sexual activity the young people had engaged in.

While the report shows a slight decrease in the percentage of teens and young adults who have had intercourse and an overall increase in condom use, the incidence of STIs has not decreased. A full two-thirds of the group surveyed have had oral sex, which they may possibly view as less risky — an attitude that is causing many infections to go unchecked.

“I don’t think these numbers are surprising, but I do think that it’s important that this data has been captured at all, because it’s really important to have, and has for a long time been a fuzzy area in our understanding of sexual behavior,” says Dr. Christopher Hurt, clinical assistant professor in the division of infectious disease at the University of North Carolina School of Medicine.

How to have the sex talk with your teen >>

While the risk of transmitting an STI through oral sex is lower than with unprotected intercourse, the risks of contracting gonorrhea, syphilis, HIV, herpes and chlamydia are heightened. The human papillomavirus (HPV) — found to be a cause of cervical cancer — has been linked to cancers of the throat and oral cavity as well. Since some of these infections can be present without symptoms, many go undiagnosed and untreated — leaving future partners also at risk.

Greater education may help keep kids informed about the risks of oral sex, according to Hurt. “I would say that the risk of STD [STI] transmission through oral sex is underappreciated and underestimated,” he says. “As part of sex education programs, kids need to be made aware of that fact — that oral sex is not a completely risk-free activity.”

While some teens and young adults may be experimenting with oral sex as a less-risky alternative to intercourse, they are still putting themselves in danger of sexually-transmitted infections that can have a serious impact on their health. Make sure your teen knows the facts.

Is your sex talk sinking in with your teen?
Sex facts: Clueless teens are getting pregnant
The teens and birth control debate