Every year our country celebrates National Hispanic Heritage Month beginning on September 15. This year, join the celebration and teach your kids what the observance is all about. 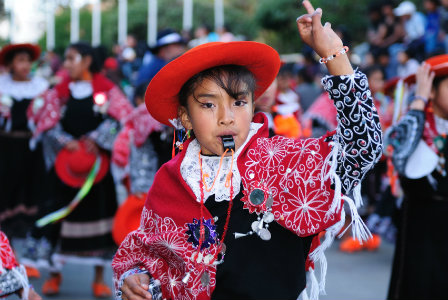 What is Hispanic Heritage Month?

Americans observe National Hispanic Heritage Month from September 15 through October 15 each year with art exhibits, concerts, festivals, lectures, pageants, parades, parties and much more. Throughout the month, we celebrate the contributions, cultures, histories and traditions of Americans whose ancestors came from Mexico, Spain and the Spanish-speaking countries in the Caribbean, Central America and South America.

The history of Hispanic Heritage Month

The celebration started back in 1968 not as a month-long observation, but rather as Hispanic Heritage Week. It wasn’t until 1988 that it was expanded by President Ronald Reagan to cover a 30-day period. The dates for Hispanic Heritage Month were chosen because of their significance in history. September 15 is the anniversary of independence for several Latin American countries including Costa Rica, El Salvador, Guatemala, Honduras and Nicaragua. Additionally, Mexico and Chile celebrate their independence on September 16 and September 18, respectively.

It’s very important to teach our children about the influence of Hispanic culture in our country — starting way back with the discovery of America by Christopher Columbus and other Spanish conquistadors. Many generations of Hispanic Americans have enriched and influenced our nation in numerous ways.

TIME for Kids offers an entire section on celebrating Hispanic heritage. It features interviews with famous Hispanic Americans, as well as information about books, events and other details about the Hispanic culture. Young kids also can learn about Hispanic heritage by playing the online game Paco’s Passport at PBS KIDS GO!

At Scholastic.com, you can find a selection of books available in your local library, in bookstores and from online retailers. These books feature tales of Hispanic traditions and culture with themes such as family, food and immigration.

You can play a game with your children, making a list of all the important people in the country — past and present — that are Hispanic. Include everyone from inventors and doctors to musicians and actors, to political figures and other role models. Celebrate with food, music and other traditions from Spain, Mexico and other Spanish-speaking countries in Central and South America, as well as the Caribbean.

Most major cities hold events to celebrate Hispanic Heritage Month. Check with your chamber of commerce, parks and rec department and convention bureau to see what’s happening in your area. Most of these events are suitable for families and they are often held at libraries, museums, parks and other such venues. It’s important for adults and children, young and old, to learn about different cultures. This fall, embrace cultural diversity and teach your kids about the wonderful contributions people of Hispanic heritage have made to our country.

Teaching kids about racial and cultural diversity
Host an exchange student: Bringing another culture home
Teaching kids to embrace diversity and be inclusive