More and more students drop out of school every year. Procter & Gamble and Communities In Schools are teaming up to do something about it. 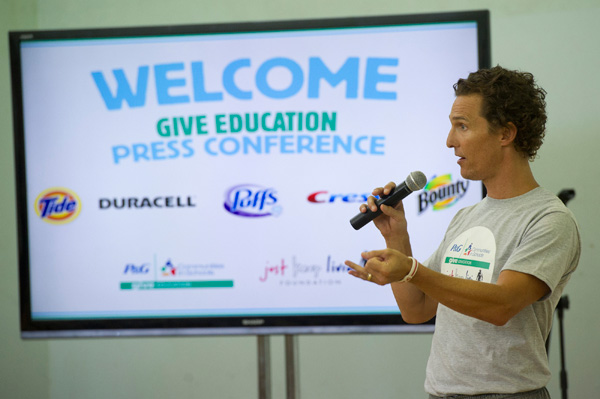 In the U.S., about 1.2 million young people drop out of school every year. That’s roughly one every 26 seconds — less time than an average TV commercial. This interactive map shows, by state, the number of dropouts across the country last year.

P&G and CIS GIVE back

In an effort to combat this growing problem, Procter & Gamble (P&G) has launched its second annual GIVE Education campaign. The program aims to raise awareness and discussion surrounding this issue and raise funds and support for Communities In Schools (CIS), a nonprofit organization committed to “empowering students to stay in school and achieve in life.” 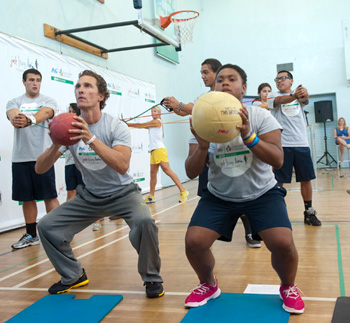 Under the campaign slogan “School the Nation,” GIVE Education teamed up with the j.k. livin Foundation to kick off the campaign in August at Venice High School. At the event, McConaughey emphasized the importance of mentorship and informed consumers how they can help the cause through a P&G rebate supporting CIS.

By purchasing $25 of select P&G products, shoppers will receive a $5 rebate by mail, and P&G will donate $5 to CIS on the customer’s behalf. In addition to this “Get, Give and Save” rebate, P&G donated two cents for each August 26 brandSAVER coupon that was redeemed. Last year, GIVE Education raised more than $500K for CIS and hopes to meet or exceed that goal this year.

At the event in August, McConaughey led students in an exercise routine to demonstrate the value of a healthy lifestyle and reliable mentorship as a way to help keep kids in school.

With America facing such staggering dropout statistics, P&G and CIS are fighting an uphill battle. Every dollar of consumer support counts, and through the GIVE Education campaign, shoppers can easily give back, get a rebate in return, and save young minds by encouraging students to stay in school.