A dad in Germany has made headlines for supporting his son — who loves to wear dresses — by wearing a skirt himself. Is he doing his child a disservice or supporting him? 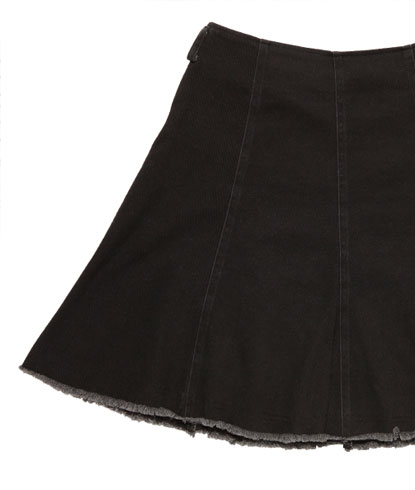 A dad in Germany has made headlines for supporting his son — who loves to wear dresses — by wearing a skirt himself. Is he doing his child a disservice or supporting him?

Nils Pickert, a German dad, has stirred up controversy because he not only supports his young boy, who loves to wear dresses and skirts, but he dons women’s clothing himself as they go out and about on their daily travels. They live in a small conservative town in southern Germany and his 5-year-old son’s clothing choices are seen as everyone’s business. Nils decided that by dressing in a similar fashion, he’d give his little boy a role model to look up to.

Many moms and dads felt that Nils was absolutely doing the wrong thing and that this action encouraged homosexuality. A commenter on the Huffington Post article asked, “Does he feel his little boy might be gay, and, if so, does he need to act gay to support him? I think this is going a bit far.“

Jude, another commenter on the article, had a similar reaction to the father-son pair. “The dad isn’t supporting his son,” she wrote. “Be realistic about this — the father is probably gay and just wants an excuse to show it without making the claim public. Be gay if you’re gay, stop hiding behind your kid.”

Give in to whims?

Other parents felt that Nils was giving in too easily to his child’s whims and that as a parent, he should be providing guidance instead of simply dressing the same.

“Do we suddenly ‘become’ whatever stage our children are going through?” asked another Huff user. “My daughter wanted to pick her own clothes when she was about 4. She wanted to wear striped pants, polka-dotted shirt[s] and neon socks. I never felt a need to go grab that same wardrobe in ‘support’ of her maturation stage. I simply let her go through it with little enough guidance that she still felt she was making independent choices.”

But most parents that we spoke with thought he was an excellent parent — helping his little boy stand strong. “I think this is awesome — it’s a great thing to stand so clearly on your kid’s side,” shared Mattis, dad of two. “Believe me, a small village in the south of Germany is as conservative as it gets! Anybody who speaks up against homogeneity and ‘normality’ does us all a favor.”

“I think the dad is awesomesauce,” explained Meredith, mom of two. “Clearly, this was the norm for them when they lived in the city, why should the son — or the father — have to change just because they moved? My daughter came home upset the other day because she drew a pic of her daddy in a skirt (even though he’s never worn a skirt in his life), and then thought that she shouldn’t have done so. I promptly pulled up pictures of men in kilts and explained that some men do wear skirts and there’s nothing wrong with it.”

And another Huffington Post commenter wrote, “The father is telling the world that if they want to challenge his son, they’ll have to go through him. While I do understand older generations were raised differently, times change.”

Judgment hails down on parents for just about any choice they make, and gender-identity is no different, but some want to know why there is such a double standard here — whose grandmother remembers how scandalous it was when women started wearing trousers?

48 mins ago
by Kweli Wright

If Luke Bryan Dares to Comment on Katy Perry’s Leg Hair Again, a Mom Army Is Coming for Him