Actress Ali Landry is spreading the word about child car seat safety — the 2nd Annual Red CARpet Event sponsored by Britax is coming up on September 8. 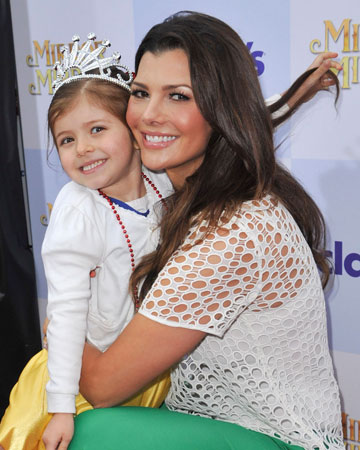 When actress and mom of two Ali Landry met a mother whose son was ejected from a car and killed, the tragic story hit her hard. “He was put into the wrong car seat… It just hit me when I heard this story because this could be any mom. This could have been me,” says Landry.

The woman had purchased a new seat for her child on the recommendation of a store clerk at what Landry calls a “trusted store,” but it turned out to be the wrong seat for him. That mistake cost him his life.

The story led Landry to learn more about car seat safety and also become a certified car seat installation technician, something that she uses to help friends and other parents make sure their children are safe.

What should parents know?

Landry says that she was surprised to learn that car seats expire — and when they do, they are no longer safe to use for kids. “It’s a high-priced item so a lot of people pass it on,” says Landry. Always check that expiration date before using a seat. Also, Landry says that parents should know that even for minor car accidents, child car seats should be replaced.

Parents also shouldn’t be in a rush to make their child front-facing. New recommendations indicate that kids should remain rear facing for two years, says Landry. And that booster seat? It should wait until your child completely outgrows the five-point harness seat based on weight and height. “You want to keep them in a five-point harness as long as possible,” says Landry.

And even if you think you know how to install a car seat, reading the manual — or getting help from an installation technician — can help. “A properly installed car seat should not move more than one inch from the seat belt,” says Landry. “When I went into my course (for certification), they checked my car seats, and my seat was installed improperly.”

Rolling out the Red CARpet for safety 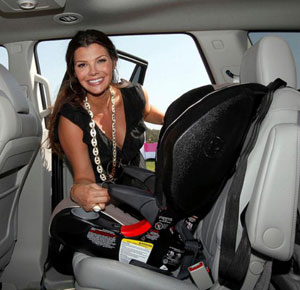 Landry is also spreading the word about child passenger safety through the 2nd Annual Red CARpet Event sponsored by Britax, which is being held on September 8 — just before Child Passenger Safety Week (September 16-22). The event, which is presented by SpokesMoms.com, uses the power of celebrity moms to increase awareness about the importance of child passenger safety through education and action.

During the event, new Britax car seats and booster seats will be installed in VIP’s cars. Landry says that it’s important for parents to be educated about child passenger safety. “I would never ever pass judgment on another parent because everyone wants to keep their child safe but when you know better, you do better,” says Landry.

Check out photos from the first Red CARpet Event >>

As a mom, Landry doesn’t have the secret of balancing career and motherhood. “I am trying to figure it out like everybody else. Each day is a new day,” says Landry. She also strives to be present with her children. She puts down the cell phone and tries to ignore emails when she’s with her kids so that she can really focus on being a mom.

Learn more about how Ali Landry balances mommyhood and Hollywood >>

As for her marriage, Landry says that she and her husband work hard to find time to connect. “For myself, I try to be very organized. I try to stop work definitely when he’s free. But the work is very sporadic and it’s unpredictable,” says Landry.