I recently had the opportunity to meet JP O’Connor and hear her stories of her mother, Mary Alice O’Connor, the inspiration for Cinderella’s Fairy Godmother. Sometimes, the words you need to hear come in the most unexpected of moments and if your heart is open, they can float effortlessly right into your soul.

Practicing Gratitude with a bit of magic

Sometimes, the words you need to hear come in the most unexpected of moments and if your heart is open, they can float effortlessly right into your soul. I recently had the opportunity to meet JP O’Connor and hear her stories of her mother, Mary Alice O’Connor, the inspiration for Cinderella’s Fairy Godmother.

O’Connor’s words carried with them the love of a daughter who felt truly important as a child and spoke to the part of me that has felt distracted and pulled in a million directions lately: “When you were in the room talking to her, there was nobody else in the whole room… you had the feeling that she was just talking to you.”

O’Connor remembered of her childhood, “When we came home, she was there. It didn’t matter how busy she was… she was there and she had cocoa or whatever and we would sit and tell a story and she and her mother, who had been the same, would hang on every word.”

And that’s exactly how I want my children to feel.

As her small audience of parents sat, entranced by her stories and watching her eyes sparkle as she spoke of her beloved mother, she explained, “I really think that the message [my mother] would hope that you take away from this is that her role was really to listen hard to people and pay attention to them and to see and hear what their dreams were and then to help figure out what they needed to make those dreams come true. She really wasn’t ever happier than when you were able to fulfill your own dreams… her belief in you really made a difference.”

After saying goodbye to O’Connor, I was left wondering what my children would say about me and how they would recall their childhood. I couldn’t help but wonder if they would speak of me with so much tenderness and admiration or if, instead, the days when I’m distracted would color their memories of me. Would they know how much I loved them? Would they know that they were the center of my world?

And while I was immediately filled with regret for moments already lost, that feeling gave way to a renewed determination to live more intentionally and with more awareness, to show my children that they are my first priority, just as O’Connor’s mother had.

Because what greater gift can we give our children but the memory of a childhood in which they were truly appreciated and made to feel important?

This isn’t the first time that I’ve had to ask myself these questions and I’m fairly certain that it won’t be the last, but like so many things in life, a reminder from time to time helps to keep things in perspective.

O’Connor went on to share, “She always said to us, ‘remind people just to stop and listen to each other and believe in each other and encourage each other.’ She was afraid we weren’t doing so much of that these days.”

I am so incredibly grateful to Walt Disney Studios for the opportunity to meet O’Connor, to hear her stories and watch her face light up as she shared her childhood memories. Her words will remain in my heart as a beautiful reminder of what’s most important in this life. 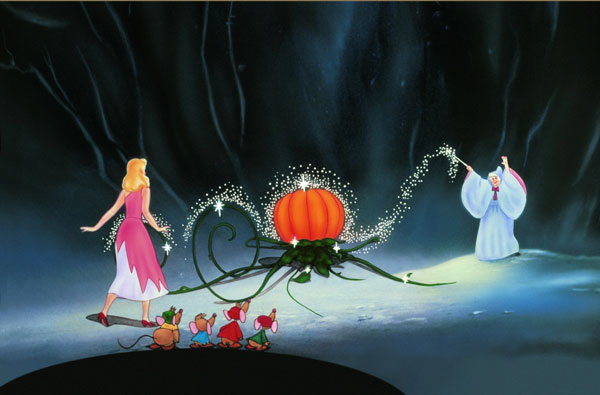 On October 2, the Walt Disney Studios will open its vault to release Cinderella, in the highly anticipated Blu?ray™ Diamond Edition Collection. This special edition is packed with bonus features that include an interview with O’Connor in which she speaks of her parents. I’m confident that like me, you’ll hang on her every word.

More on making time for what matters