Disney’s wildly popular animated series Doc McStuffins has become a huge hit with both preschoolers and their parents. 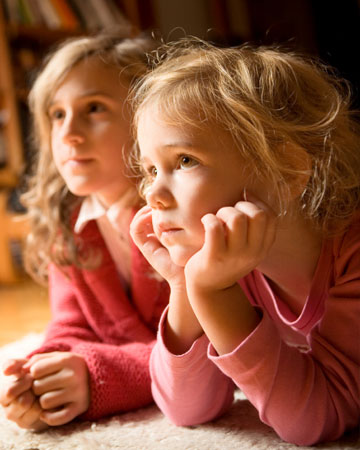 The main character is a young African-American girl named Dottie who “doctors” her stuffed animals. We spoke with Emmy Award-winning actress Loretta Devine, who supplies the voice for the character Hallie Hippo on the show.

Every preschooler we spoke to was so excited that we were going to interview Hallie Hippo! What do you think is the secret to the show and why it’s become so popular?

Loretta: It really teaches them not to be afraid of things that are so important to them, like brushing their teeth and going to the doctor. I [also] think the music has a little to do with it. The songs are so easy to remember! I have a grandbaby that absolutely loves this show, so I know it’s working.

Also I think the theme of the show — being about a little girl with her stuffed animals — and the way those stuffed animals are portrayed is very cute. The stuffed animals don’t have real diseases, they have superficial diseases like a busted stitch or too little air — the kind of things that kids can understand. I think the show is very clear to the little people who are watching it. I think everyone feels that this show is fine [for kids to watch] and that kids can watch it and parents don’t have to worry about anything. When the kids have their own video, they can learn the songs and just play them over and over.

In your over 30 years in the entertainment industry, you have done everything from Dreamgirls to Doc McStuffins! You have covered just about all of the bases as an actress. Do you have a favorite role that you’ve played over the years?

Loretta: There are roles that I am recognized for more so than others, like the character [Gloria] I portrayed in Waiting to Exhale. I think it’s because it’s been on television so much. One of my favorite roles though was in Funny Valentines, which was a made-for-television movie that I did.

In your career you have played so many different types of characters, and it’s amazing that you have managed not to be typecast. One of the things that struck us is how diverse the three roles are that you are involved with right now. 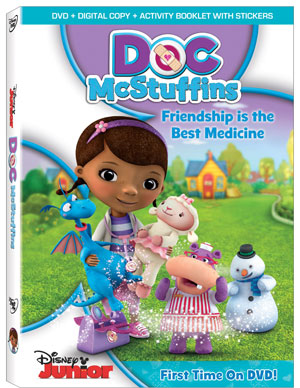 Loretta: Yes, I have really been so lucky. It’s incredible, and this past year someone was teasing me because I am playing a madam on The Client List, a doctor’s wife on Grey’s Anatomy and the voice of Hallie Hippo on Doc McStuffins!

We have to ask — have you ever had someone recognize your voice out in public as Hallie Hippo?

Loretta: Oh my gosh, it’s amazing! I think my voice is very easy to recognize. People recognize me for so many different things, and I am always shocked at what people remember me for. I have had a few people recognize my voice as Hallie Hippo. They always come up and tell me how much their kids enjoy the show.

Season one of Doc McStuffins is now available on DVD. Also check out the Disney Doc McStuffins website for interactive games, coloring pages and video clips of the show.

1 hr ago
by Amelia Edelman

Adorable Animal Stickers for Your Little One