Tess Kinker of Alliance, Ohio, was recently dismissed from her post as committee chair for her son’s Boy Scout pack. Kinker says it’s because she was breastfeeding her baby during the meetings. Read on for her story. 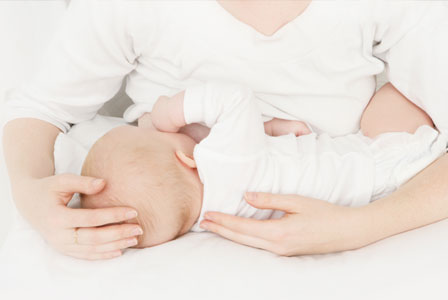 A devoted mother claims was ousted from her position as committee chair for her local Boy Scout pack. Not because she was bad at her job, but because she nursed her small son while the meetings were going on. We were able to speak with Tess, who shared what went down.

Tess has been the committee chair of Cub Scout Pack 170 in Alliance, Ohio, for over a year and absolutely loved the position. She was involved with planning events, fundraisers and activities for the year and really enjoyed being involved in the pack, of which her son was a Webelo member. “I loved asking him what go-see-its and activities he thought would be fun for the whole pack,” she shared. “I had a blast being the committee chair. The work was challenging but very rewarding.”

After a meeting that included their Cub Master as well as Boy Scout Council members and the Boy Scout troop committee, Tess and her husband John were unhappily surprised to discover that they were going to be voted out. Tess says the reason given was the fact that Tess breastfed her little boy during meetings and it was felt to be inappropriate and offensive.

Tess alleges she was then subjected to a verbal tirade — she says was told that breastfeeding is disgusting and that it did not belong in the scouting organization. She and her husband were told that they and their children were not welcome on the premises and they were voted out of their positions. Tess further says that when her husband spoke in her defense saying that nursing a baby is a protected right, they were told otherwise. “They argued back that my rights were only in public venues — not at the church where our pack meets,” she told SheKnows. “They compared our rights to that of the most recent case of LGBT vs. BSA, and said that me breastfeeding endangered the boys.”

Tess is unsurprisingly upset and bewildered at this outcome. “I was angry that they would try to make me feel ashamed to nurse my baby, even though I was very discreet,” she explained.

It’s been two weeks and Tess says she has yet to hear personally from Boy Scouts of America, but did hear about their decision through the new Cub Master. “I’m allowed to show [up] at the Cub Scout functions and this weekend’s campout, but I’m not allowed to breastfeed according to Buckeye Council and the Chartered Organization Representative,” she shared. “If I go to visit my son at the family campout this weekend, I have to walk all the way back to my hot car to nurse my child.”

Tess is facing the challenge head on and wants mothers to be able to breastfeed their babies at scouting functions in the future. Rachelle, mother of two, feels the same. “I really hope the Boy Scouts of America comes out with a stance that supports breastfeeding,” she told us. “Many mothers are involved with the organization and many of them breastfeed. The Boy Scouts say they are for healthy living, so you would think breastfeeding would be included. It’s nature’s best food and God made breasts to feed babies.”