What do parents need to understand about dating violence and teens? 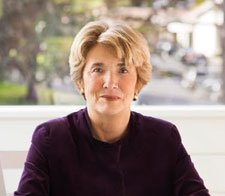 Esta Soler: Parents need to learn some facts: Sexting, sexual coercion and cyber-bullying have helped create a serious problem for millions of youth. Young people ages 12 to 19 experience the highest rates of rape and sexual assault, and they have adapted early to technologies that aren’t always a positive influence.

In a national online survey, one in five tweens — ages 11 to 14 — said their friends are victims of dating violence, and nearly half who are in relationships know friends who are verbally abused. And since only one-third of teens in abusive relationships tell their parents, it’s increasingly important that parents tune into warning signs such as pulling away from friends, extreme jealousy and obsessive phone texting.

What is Coaching Boys into Men (CBIM) all about?

Soler: The program uses “coaching” as a metaphor to engage athletic coaches to help shape the attitudes and behaviors of their young male athletes. Futures Without Violence utilized the principles respect, integrity and non-violence, to create a curriculum for coaches: The Coaching Boys into Men Coaches Kit. The kit is a complete set of tools that coaches can easily use throughout the athletic season to help their athletes build respectful relationships and prevent violence.

Why is the Coaching Boys into Men program necessary today?

Soler: We know that approximately one in three adolescent girls in the United States is a victim of physical, emotional or verbal abuse from a dating partner — a figure that far exceeds victimization rates for other types of violence affecting youth. We also know that unhealthy or abusive relationship patterns that begin in adolescence can continue and even escalate into adulthood.

Athletic coaches play an extremely influential and unique role in the lives of young men; often serving as a parent or mentor to the boys they coach. Because of these special relationships, coaches are poised to positively influence how young men think and behave both on, and off, the field. From speeches to the team, practice sessions, or simply casual conversation, coaches have many opportunities to impart their philosophies upon their athletes. CBIM equips coaches to talk with their athletes about respect for women and girls and that violence doesn’t equal strength.

When athletes learn to intervene

What are the results of coaches working to prevent violence?

Soler: Coaching Boys into Men is currently being implemented by coaches across the country. CBIM also recently underwent a rigorous evaluation funded by the Centers for Disease Control. A March 2012 study published in the Journal on Adolescent Health found that athletes who completed the program were significantly more likely to intervene when witnessing abusive or disrespectful behaviors among their peers. Athletes were also more likely to recognize what constitutes abusive behavior, and there was a positive trend toward directly reducing abusive behaviors among athletes.

Do you talk to your kids about dating violence? Do you think young men today treat girls with respect? Share your thoughts and stories in Comments below.