Teens were the first to embrace Facebook — that’s who it was created for in the first place. Now that everyone from an 11-year-old cousin to his grandmother has an account and wants to be his “friend,” does your teen want out? 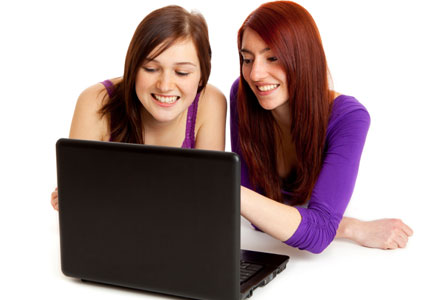 Teens are often choosing other social networks over Facebook these days. Keep reading to see why, and what these other networks offer.

Social networks are a lifeline for any teenager. A group of teens out for an evening together will be updating their status, posting pictures and tagging friends, checking in at their favorite spots and shooting one-liners at their friends — all on social networks. As teens have become more connected to social media, their interactions have shifted to more than just Facebook status updates. Since Facebook has become a place where everyone hangs out — including Grandma — teens are looking for more privacy. Where else are they hanging out, and why?

What to know about tracking your teen’s texts >>

Have a clever quote, funny comment or quick picture to share? Twitter’s 140-character limit keeps it short and sweet — just like a teen’s rather short attention span. Tweeting gives teenagers a sense of being in the moment, an instant connection to their followers and friends. While much of Facebook is about sharing pictures, music and video after the fact, Twitter is all about the conversation happening now, in the moment. Grandparents and younger kids are much less likely to be on Twitter, which gives teens a bit more privacy to share their thoughts.

A cross between a blog and a social media site, Tumblr has become a popular site for teens to share pictures, media, links and comments with their friends and followers, without the grandparents and younger siblings following along. Tumblr boasts almost 70 million posts each day, making their content fresh and relevant.

Can blogging be therapeutic for teens? >>

What has more instant gratification than a photo? Since every teen has a camera in their phone, a photo-sharing site was bound to be a hit with the teen crowd. Instagram has become very popular with teens, who have an overwhelming need to express themselves and be heard. One of the draws of Instagram is the instant gratification of posting pictures and getting comments, possibly winding up on the “popular” page.

Checking in at your local hot spot? Want to know if your friends are hanging there too? Foursquare is best for checking in and checking out who’s around. According to market research firm YPulse, 18 percent of teens prefer to “check in” on Foursquare instead of Facebook.

Facebook’s mass appeal has drawn the older crowds — think aunts, uncles and grandparents — who add teens as Facebook friends. This tarnishes the site’s “coolness” in the eyes of teens, according to Jake Katz, chief architect at YPulse. Another reason teens are dividing their presence on digital media is privacy issues. Splitting their time between multiple social media outlets assures them more privacy, and a possibility for popularity among a smaller audience.

Facebook is still popular among the teen crowd, but they are spreading their wings into other social media venues to express their individuality.

Cobie Smulders is Crunchy-Mom Goals & Uses ‘Etsy for Everything’

15 hrs ago
by Amelia Edelman

18 hrs ago
by Jennifer Mattern

Chrissy Teigen Shares The Personal Cost of Her High-Risk Pregnancy