What were some of our favorite celebrity moms tweeting about this week? Olympic fever is in full force, so we loved checking out what was going on with Olympic mom Kerri Walsh. Pregnant Kristin Cavallari is very hungry and can’t move, while Emily Maynard’s tweets are full of interesting nuggets. Tori Spelling, Kendra Wilkinson and Busy Philipps round out our list of top celebrity mom tweets of the week! 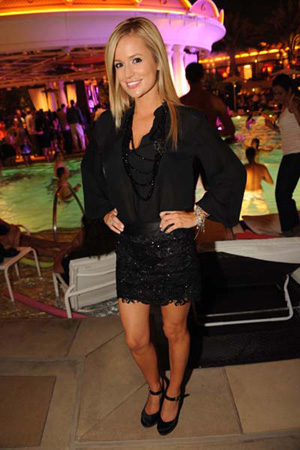 Bachelorette Emily Maynard has finally found true love with Jef Holm (I could barely restrain a giggle as I wrote that line), so I had to pop over to her twitter feed to find out what the 26-year-old single mom had to say.

“[Wait] until you guys see the pictures from Rickis party!” Maynard wrote, referring to her 6-year-old daughter Ricki. “I could die! Thank you so much @andersruff ! R is so excited!”

She linked to a photo of Ricki’s birthday party, which was decked out with adorable pink decorations.

“What did you all think of the Men Tell All last night? I can’t believe everything is almost over! Its gone by so fast!” she tweeted, prior to the big reveal. “I can’t believe the finale is finally here! Who is going to be watching tonight? My stomach is in knots live tv makes me nervous!”

After a courtship filled with amazing meals at fancy restaurants (paid for by ABC, of course), reality must have hit hard, as Maynard tweeted out a photo of containers of fast food with the caption: “Our first romantic dinner. Thanks @jefholm.”

Maynard may look perfect, however she does admit to one fault: “I’ve certainly never claimed to be perfect. Add stop cussing to the list of things I need to do. Oops.”

Kerri Walsh is not only a two-time Olympic gold medalist (and currently working on her third!) for beach volleyball, but she is also a mom of two kids named Joseph and Sundance.

“Heading to school 😉 morning!” she tweeted earlier this month, with a link to a photo of her two cuties in the car.

All of her recent tweets, of course, are focused on the Olympics!

“Going for another gold with @mistymaytreanor is just another part of #myjourney #TeamUSA,” she tweeted. “Loving it in London. So many awesome people, all with big goals and big dreams! Wish us luck.”

Cougar Town star and mom of one daughter, Birdie, Busy Philipps tweeted her confusion over the recent Jackson family antics.

“Guys, I really don’t understand what’s going on with the Jackson family but I feel like I want to know. Can someone explain? In 140 or less? “

Um…We have no idea either.

Totally switching gears, she also took to twitter to express her condolences to victims of the Colorado shooting.

“I am so so saddened to hear what happened in Colorado. My heart is breaking for the victims and their families. I’m at a loss. Truly…” she wrote.

“I don’t know what’s worse… To be jolted awake by a 3.8 #Earthquake or to look up and realize “Glitter” is playing on tv?” tweeted Tori Spelling, mom of three (Liam, Stella and Hattie) with one more on the way.

“I have a new found appreciation for BOLOGNA! Delish! Can’t believe I’ve snubbed it since childhood. #Bologna&CheeseSandwichesRock!” she wrote. 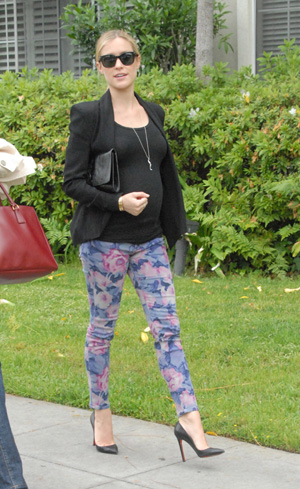 Kristin Cavallari is very pregnant…and very hungry, at least according to her twitter feed.

“Jay is making me lasagna…he takes such good care of me. good thing because I can barely move,” she tweeted.

Food isn’t the only thing on her mind!

She also tweeted her sadness over the Colorado shootings, writing, “Wow..waking up to news about the shooting in Aurora, CO. My heart goes out to all the families. So sad.”

On a fashion note, find out where you can get Cavallari’s floral pants here >>

“Check out what I shared recently in the news,” tweeted Kendra Wilkinson, with a link to an article in InStyle magazine in which she said who she thought Katie Holmes should date now that she and Tom Cruise are divorced.

“She should get with 50 Cent,” she was quoted as saying.

More deep thoughts from Kendra’s twitter feed: “I can hear my nanny downstairs fighting with my dog martini because she keeps biting the vacuum. Crackin up.”