What were some of our favorite celebrity moms tweeting about this week? Giuliana Rancic tweeted about banking cord blood, while Gwen Stefani is focused on the new No Doubt album. Victoria Beckham shares laundry tips (say what!), while Jessica Simpson tweets about that first step in losing baby weight. Check out all of our favorite celebrity mom musings — in 140 characters or less. 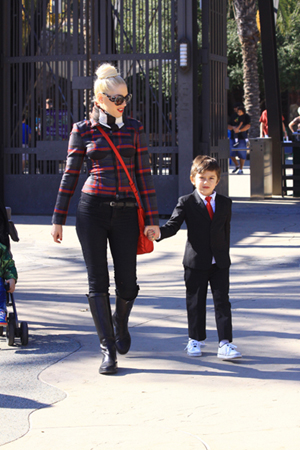 We love Gwen Stefani because she is such a hands-on mom to her two boys, Kingston and Zuma. This rockin’ mom is back to juggling motherhood with her career as No Doubt has dropped their first album in 10 years and just released the new single, “Settle Down.” Gwen often keeps her Twitter feed focused on her music, instead of her family life, tweeting:

“I keep hearing ?#settledown? on the radio this is insane gx” she wrote.

From the looks of it, she has many A-list fans ready to jam out with her!

She retweeted several celebs who were singing her praises, including Rachel Zoe:  “Who else is rocking out to the new @nodoubt song, ?#SettleDown?? Obsessed!”

Check out how to copy Gwen’s cool mom style here >>

Speaking of Rachel Zoe, she always makes motherhood sound so fashionable and fun!

“Had the best date with Sky today…lunch, playground and toystore—AND he met a girl at the trains…such a flirt! xoRZ” Zoe tweeted about her son Skylar.

E! News host Giuliana Rancic and her husband, Bill Rancic, are expecting their first child via gestational surrogate this September — and she recently tweeted that she plans on banking her baby’s cord blood.

“So thankful 4 all the fab baby shower gifts! Looking forward to banking w/ @CordBloodRgstry like my sister did!” Rancic tweeted, with a photo of her and Bill holding up the cord blood packet.

Jessica Simpson tweeted the most adorable photo of 2-month-old Maxwell propped up on a gorgeous daybed surrounded by fluffy pillows and flowers with the caption, “LIfe.” It sounds like a nice life, to me!

Simpson, who is reportedly working on shedding over 50 pounds with Weight Watchers, has started getting in shape.

“Just bought all the girls in my @weightwatchers group pedometers to track their steps. 10,000 steps a day = 5 miles! Let’s step it up!” she wrote on Twitter. 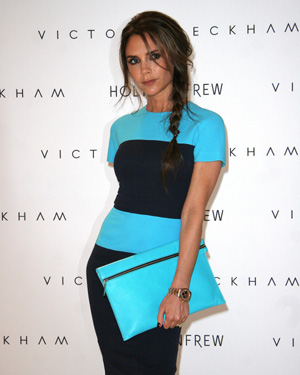 “Fun day strawberry picking in the rain with the boys and Harper. Love being in London!” tweeted Victoria Beckham.

And who knew Posh Spice did laundry?

“Mummy tip…..Baby Dreft and Vanish stain remover, use together to remove HUGE strawberry stains!!!!” she wrote.

Jenny McCarthy announced via Twitter that she is making a big move!

“After 20 yrs I’m moving back to chgo. Thanks LA. Ill be back to work here but my heart is in chgo. ?#happychicagogirl,” she wrote.

She also tweeted about the death of her son Asher’s grandpa:  “Evans grandpa died yesterday. William Asher. Best known 4 director of I Love Lucy and Bewitched. He was sweetest man ever and will b missed.”

McCarthy wrote a bestselling pregnancy book called Belly Laughs: The Naked Truth about Pregnancy and Childbirth — and it sounds like she has at least one celeb fan!

“If it wasn’t for your book, I wouldn’t have rocked being pregnant! i love your amazing self,” Snooki tweeted to Jenny McCarthy.

Don’t be jealous, but Nicole Richie got to hang with The Wiggles.

“PHOTO: Jumping on a tour bus & hittin’ the road with The Wiggles! Hot Potato Hot Potato!,” Richie tweeted, with a link to a photo of her with the famous children’s group.

As the mother of twins (who she affectionately calls “dem babies”), Mariah Carey has learned the fine art of multi-tasking. “Writing lyrics in the car on the way to see Dem Babies waking up,” she tweeted.