The art of body modifications and body piercings has really taken off in the past few years, and even teens are getting in on the action. Are these safe? 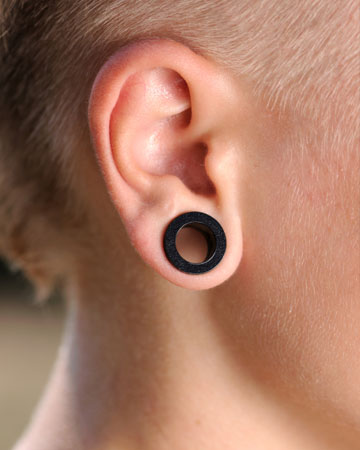 What should you know about body modifications before your teen asks you for one? Some of these procedures can be risky, and many are disfiguring. Keep reading for what to know about this craze.

Body modifications have become another way that teens and young adults can express themselves. No longer content to get a simple tattoo or just pierce their ears, some are taking things to the extreme and making permanent changes to their bodies.

What are they doing?

Why they do it

“I work exclusively with teens,” says David Simonsen, licensed marriage and family therapist. “The overwhelming answer I get to the body modification question is that they want to do it to ‘be different.’ This says a lot about their view on self. Instead of viewing difference as something internal — character, for example — they view it as something they can ‘wear’ on the outside. The problem is that so many teens are doing it, it doesn’t really make them different.”

Find out about teen piercing trends >>

The problem with body modifications is that most of them are so disfiguring, they are almost impossible to undo. Teens taking a stance and trying to set themselves apart from the crowd may regret the permanence of their modifications a few years down the road. There is also risk of infections and other side effects that can cause problems after these procedures.

Dr. Scott Carroll, a child psychiatrist who works with a lot of teen patients, says, “Generally, I take an absolute stance against anything that is relatively permanent with teens under 18 years old. Body modification is an important part of identity and identity is not stable for adolescents so they can easily regret anything permanent.” In most states, teens under the age of 18 need parental permission for piercings or implanted modifications, and most reputable establishments will not perform modifications on anyone under age.

“Whether it’s piercings or tattoos teens don’t feel the repercussions of their choices until they are older and can’t get a job because they have huge holes in their ears,” says Simonsen. “Thus, I think it is imperative for parents and other adults to help teens see that their choices today affect their lives tomorrow.”

Body modifications may be a way for teens and young adults to express their individuality, but teens need to think twice before committing to such a permanent change.

Sleep and your older child
Should kids be banned from buying energy drinks?
Teen depression or normal mood swings?

6 hrs ago
by Jennifer Mattern